Vauxhall's parent company Stellantis has said that it expects an eventual binding commitment by the UK government in the near future and will act accordingly.
By : Reuters
| Updated on: 28 Feb 2021, 03:50 PM 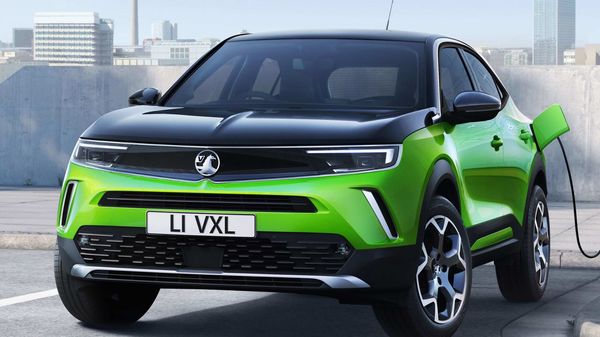 2021 Mokka is the first model from Vauxhall to debut with an all-electric variant with a 200-mile range on single charge.

Talks will continue between Britain and the parent company of the Vauxhall car factory over its future as the automaker awaits a binding commitment of government support before it makes a major post-Brexit investment decision.

PSA said in 2019 it wanted to keep open the Ellesmere Port plant in northwestern England, which employs 1,000 people, by making the new Opel/Vauxhall Astra, but that would depend on the outcome of Britain's 2020 departure from the European Union.

Since then, London and Brussels agreed a tariff-free deal dependent on local content levels, PSA merged with Fiat Chrysler to form Stellantis and a UK plan to end the sale of new combustion-engine-only cars has been brought forward.

In January, PSA's boss Carlos Tavares signalled the 2030 ban decision effectively stopped future investment in conventional vehicles in Britain, and that the automaker was weighing whether to build electrified cars.

"We expect an eventual binding commitment by the UK government in the near future and will act accordingly," a UK Stellantis spokesman said on Thursday. "In the meanwhile no investment decision will be made."

Britain's deal on post-Brexit trade with the EU sets lower local content thresholds for batteries and greener vehicles than combustion engine models but those are set to rise over the next few years as both the EU and UK seek greener model investment.

Business minister, Kwasi Kwarteng, has met with company management on three occasions in the last six weeks, according to a government source.

"We regularly speak with all automotive companies, including Stellantis but do not comment on ongoing discussions," the business ministry said in a statement.

The government has supported many major recent automotive decisions. Toyota said in 2017, after Britain's referendum vote to leave the EU, that it would receive up to 21.3 million pounds as part of a 240-million pound upgrade at its British car factory.