Sony electric vehicle raring for commercial launch, may be an SUV: Details here

Sony Vision-S concept car had been showcased to the world and the Japanese giant is confident that it has the potential to play a big role in the changing face of global mobility.Sony Vision-S electric vehicle concept reportedly boasts of 40 sensors to enhance autonomous driving capabilities.
By : HT Auto Desk
| Written By : Shubhodeep Chakravarty
| Updated on: 05 Jan 2022, 09:55 AM 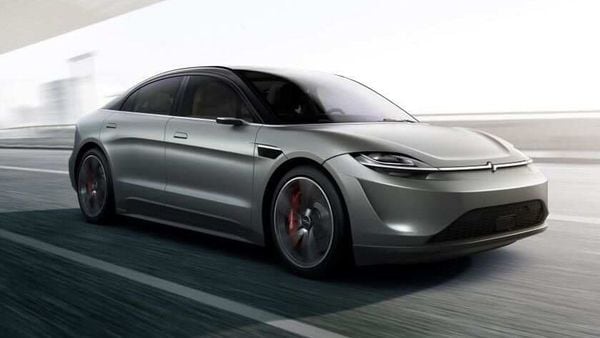 File photo of Sony Vision-S concept car that had been showcased to the world in 2020.

Sony Group Corp is reportedly planning to dive into the world of electric mobility with what well could be its first car for commercial launch ever. While it is not surprising that it is the advent of battery power that has caught the fancy of several tech companies across the globe, it is also - perhaps - not surprising that Sony wants to possibly have a share of the lucrative pie.

The possible foray into the world of electric vehicles was confirmed by Kenichiro Yoshida, CEO at Sony, at the company's keynote address at CES 2022 on Tuesday. “We are exploring the commercial launch of Sony EV," he reportedly said at a press conference. "Sony is well-positioned as a creative entertainment company to redefine mobility."

Sony had showcased its Vision-S concept back in 2020 to much surprise and even more applause. But several reports highlighted that the Vision-S was only a showcase of what Sony is capable of in terms of automotive technology rather than a firm commitment towards entering the world of mobility. 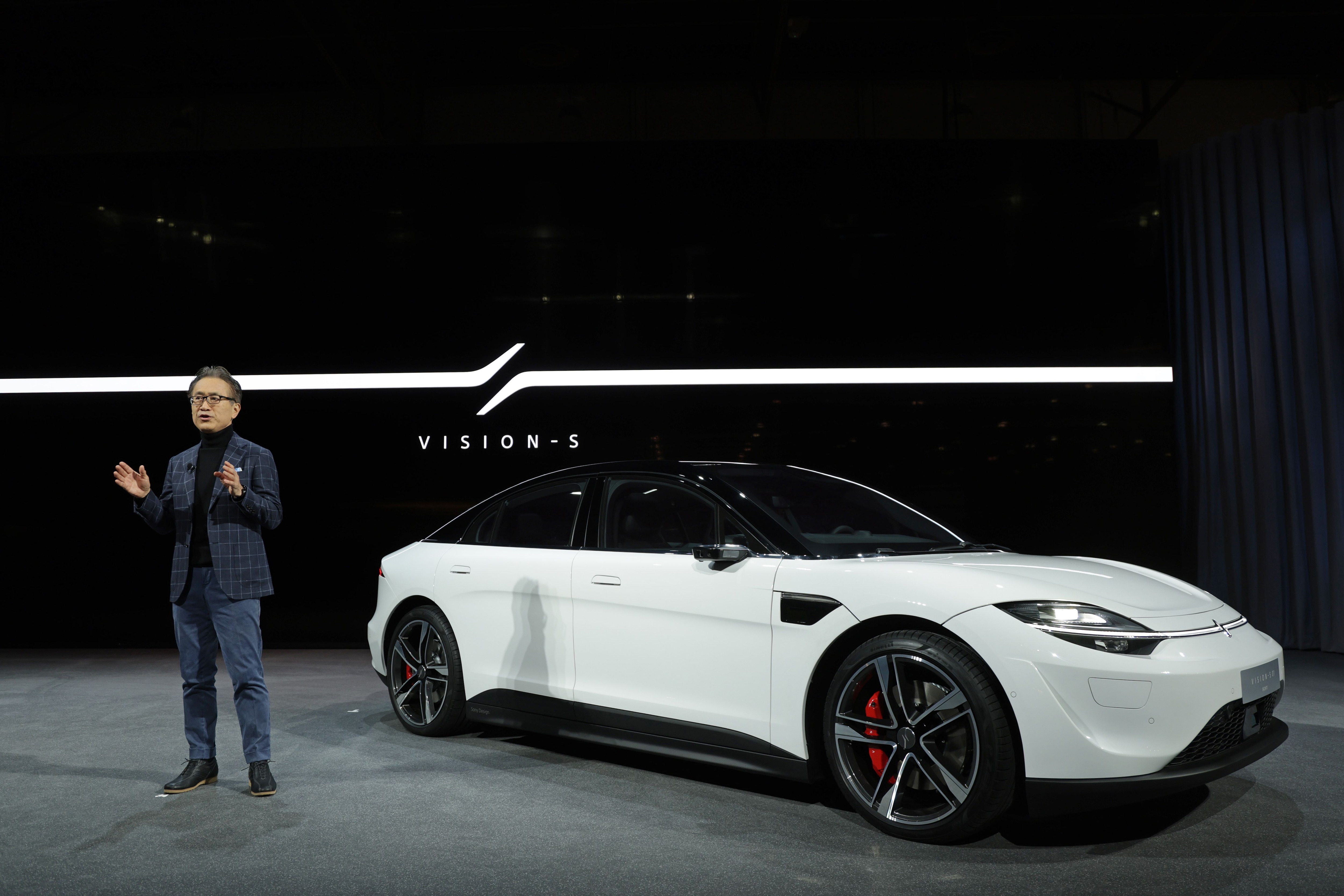 Kenichiro Yoshida of Sony Group Corporation, speaks as the Sony Vision-S 01 sedan is on display during a Sony media event for CES 2022. (AFP)

But soon after the global showcase, the Sony Vision-S was spotted in test runs on public roads too. The electric sedan reportedly boasts of as many as 40 sensors to enhance autonomous driving capabilities. The company had already stated that the EV has a 360-degree audio feature, is capable of receiving updates over the air (OTA), supports 5G and has a mammoth infotainment screen.

In terms of design, the Vision-S has subtle similarities to Porsche design language. Rumours suggest that the concept car has a 536hp dual-motor all-wheel drive system, can hit 100 kmph in under five seconds and has a top speed of 240 kmph.

At CES 2022 on Tuesday, Sony showcased an electric SUV prototype without giving any details about the electric vehicle or if this is indeed the first EV planned by the company. 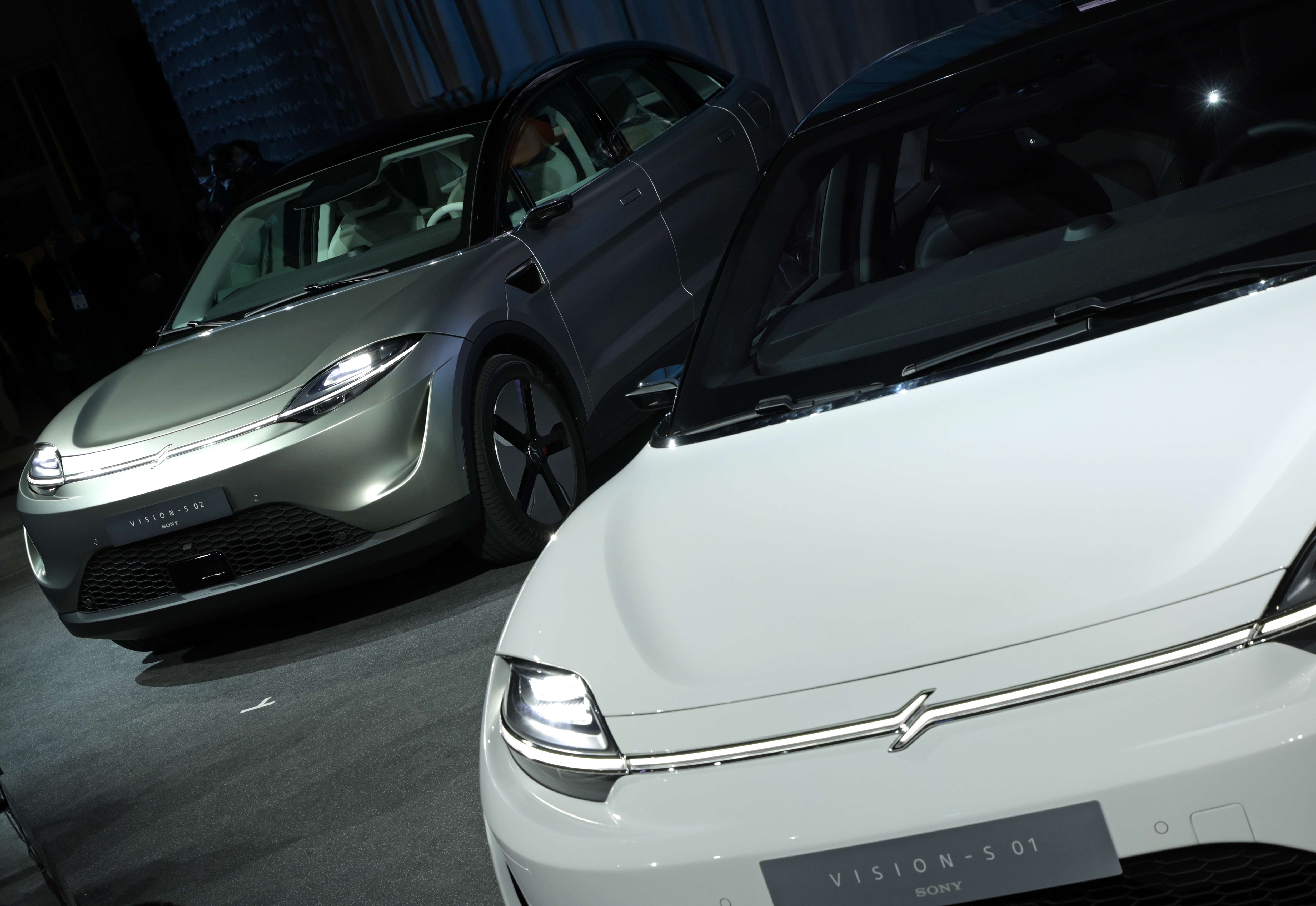 There is also no word on the production and delivery timelines of the first-ever Sony EV yet. But the announcement from Yoshida did help Sony shares rise by 4.7% in Tokyo a day later.

Sony appears to be following the path taken by several tech companies as the race in the electric vehicle space hots up. Among them is Apple that is reportedly developing an electric car under Project Titan. Some of the other names are Xiaomi and Foxconn.

At a time when traditional auto brands are looking to reduce the lead that Tesla enjoys in the EV world, the entry of tech companies could make the competition even more intense.