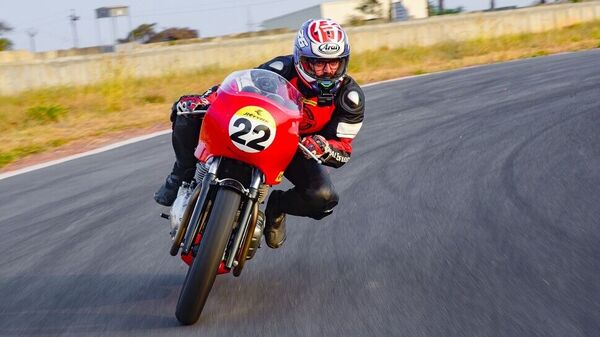 Royal Enfield has announced the return of the Continental GT Cup for 2022. The registration for the new season has started today (July 20th) and will remain open for a limited period. The Continental GT Cup comes out as India's only retro-racing championship and for 2022 it brings along a new Pro-Am (Professional-Amateur) rider format.

The Royal Enfield Continental GT Cup has been created to promote retro racing in India with the entry of new as well as experienced racers. The company furthermore announced that with the last season it has managed to receive an ‘overwhelming response’ and it has been successful in introducing a unique genre of motorcycle racing in the country.

The latest season will take place in accordance with the regulations of the Federation of Motorsports Club of India (FMSCI) in 3 rounds and 8 races starting this September and culminating in December this year.

Speaking about the launch of season 2 of the Royal Enfield Continental GT Cup and the development of the race-ready GT-R650, Adrian Sellers - Custom Programme Lead & Manager, Product Strategy & Industrial Design at Royal Enfield said, “The Royal Enfield Continental GT Cup made a spectacular debut last year with a terrific response from the community across India. To take the retro racing experience a notch higher, this year, we have introduced a new format - the Pro-Am series that allows novice racers to compete on the same grid with more experienced racers."