Home Auto News Range Rover Velar: one Of The Most Desirable Suvs You Can Buy

Range Rover Velar: One of the most desirable SUVs you can buy 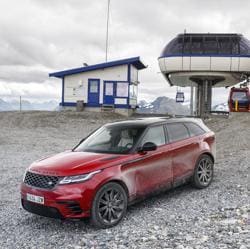 The Velar is the latest addition to the Range Rover family, and it slots neatly into the wide gap between the Range Rover Sport and the Evoque. This car is the most road-biased (read car-like) SUV the iconic British brand has ever made. This car uses the same aluminum architecture that underpins the latest Jaguars like the F-Pace, XE and XF. In fact, there's more aluminium in the Velar than the F-Pace, and other lightweight bits too.

Though all cars are all-wheel drive, more power is sent to the rear wheels. You do get Land Rover's signature Terrain Response system, which raises the air suspension and adjusts the traction control, throttle response and brakes to suit different surfaces and grip levels. All the customisation available typically on a Land Rover is taken care of automatically in this car. So, has this softened the latest Range Rover a bit too much?

Design chief Gerry McGovern and his team adopted a quite minimalistic design style called 'reductionism', which is essentially a mix of clean lines, tightly skinned surfaces and brilliant detailing that come together into an incredibly well-proportioned and cohesive shape, uncluttered by any extra design elements. The Velar gets flush door handles which pop out (even when covered with ice at -20deg C) when you unlock the car.

The Velar genuinely looks like it's made from a block of metal and this all-metal look is accentuated by the slim Matrix-Laser LED headlights and even slimmer tail-lights. The Velar's interiors are said to be inspired by a yacht, according to the design team - there are light colours and strong, horizontal elements that neatly run the length of the dashboard give it a calm, clean yet robust look. The dashboard design is uncluttered and material quality too is simply top class. 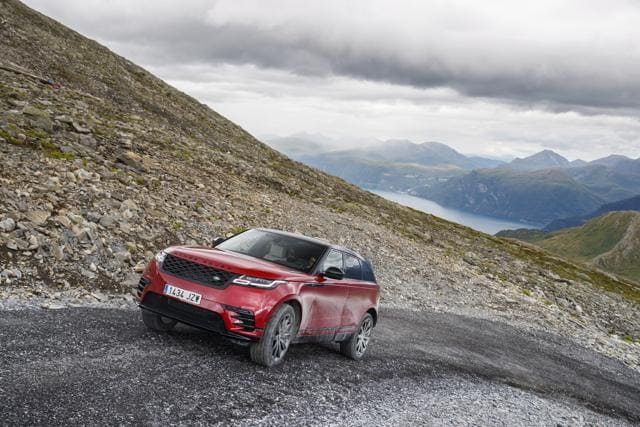 JLR's new Touch Pro Duo infotainment system debuts in the Velar. It consists of two (hence Duo), neatly stacked, high-definition touchscreens. The upper screen, which automatically tilts up when you switch on the ignition, controls the main functions like hands-free telephony, navigation and audio systems, while the lower screen controls the air con and Terrain Response system. The screens aren't the only things that are touch-sensitive, the steering control buttons too are trackpads and respond when you swipe your thumb. The cabin isn't entirely button-less though - you get three rotary knobs, one of which is the volume controller, while the other two are multifunction knobs that can be customised.

The Velar has an in-built Wi-Fi hotspot that can pair up to eight devices, and apps that allow owners to lock and unlock their vehicle or check the amount of fuel in the car. It's even possible to start the engine and set the climate control system remotely. But you don't get Apple CarPlay or Android Auto.

Space in the back seat isn't the most generous and tall passengers might not be as comfortable. There's decent legroom and headroom, but the sloping roof has made the seat correspondingly lower too; as a result, you don't get that typically elevated seating position. The heavily contoured seats and the transmission tunnel mean that the back seats are ideal for two. The boot in nice and large, and can be expanded further by flipping the rear seats forward. The spare tyre is a space-saver, however. 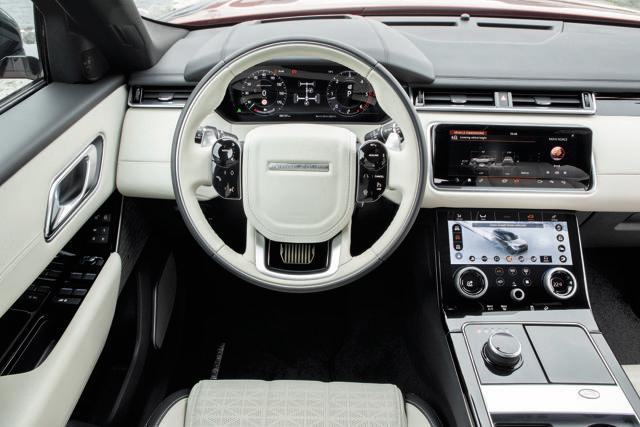 The Velar has been launched internationally with six engines - three petrols and three diesels. India will get three engines - the base 2.0-litre, four-cylinder Ingenium petrol developing a decent 250hp; the base 2.0-litre Ingenium diesel developing a modest 180hp; and the range-topping 3.0-litre V6 that pumps out 300hp. I start off with the V6 diesel Velar. The 3.0-litre V6 diesel feels brilliant to drive, and it is so refined, there's barely a murmur from under the hood when cruising. The speed limit in Norway is at best 100kph. For the record, the V6 diesel Velar can get you from 0 to speeding ticket in 6.5sec.

It's best to leave the Velar in Comfort mode and let it cruise effortlessly - the Velar demands very little input from the driver. How does it handle off-road terrain? With All Terrain Progress Control (ATPC) switched on, a raft of electronics takes over and makes the driver almost redundant - the only driver input needed was a gentle hand on the steering.

The India launch for this car is planned for November 21 this year, just six months after going on sale globally. And bookings will open much earlier on September 21. The base petrol is expected to be priced at around ₹75 lakh, while the base diesel will cost around ₹85 lakh. The stunning 3.0-litre V6 diesel will top the range, costing ₹1 crore and a bit more. The gorgeous-looking Velar is definitely one of the most desirable SUVs you can buy.