German auto major Volkswagen will recall 3.23 lakh vehicles in India after a government-ordered probe found the company using diesel engines equipped with a device which helps cheat emission tests, as it had done in the US and other global markets.
By : Agencies
| Updated on: 01 Dec 2015, 07:02 PM 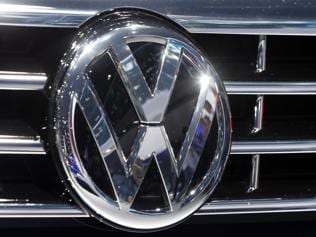 The logo of Volkswagen is displayed on a car.

German auto major Volkswagen will recall 3.23 lakh vehicles in India after a government-ordered probe found the company using diesel engines equipped with a device which helps cheat emission tests, as it had done in the US and other global markets.

"The company will voluntarily recall 3.23 lakh vehicles which have been fitted with the E189 engines that are equipped with defeat device," a senior government official said.

A meeting was held between the company executives and officials of the Department of Heavy Industries on Tuesday after the submission of report by apex automotive testing agency ARAI.

The Automotive Research Association of India (ARAI) found that diesel cars manufactured in India by Volkswagen and having E189 engine were fitted with the "defeat device", which may lead to excess nitrogen oxide emission levels in on-road vehicles.

Company officials who attended the meeting declined to comment but said a statement would be issued.

VW has already admitted that 11 million diesel engine cars worldwide were fitted with the software that helped in manipulating emission tests. It faces fine of up to $18 billion in the US.

Till now over 13.25 lakh vehicles have been recalled by various manufacturers in India so far.

The so-called defeat devices turn on pollution controls when the car is undergoing testing, and off when it is back on the road, allowing it to spew out harmful levels of nitrogen oxide.

The revelations have sparked investigations in several countries but they turned out to be only the beginning as Volkswagen also admitted that it also understated carbon emissions, for 800,000 vehicles.

The company has said the revelations have had an impact on car sales, with demand for the group's 12 brands -- including Audi, Skoda and Porsche -- falling.