Peugeot's latest concept car inspired by all the senses

The Peugeot Fractal, which will be making its official debut at the Frankfurt motor show on September 15, has been designed to engage a driver's ears and sense of touch as well as simply being easy on the eyes.
By : AFP
| Updated on: 03 Sep 2015, 09:56 PM 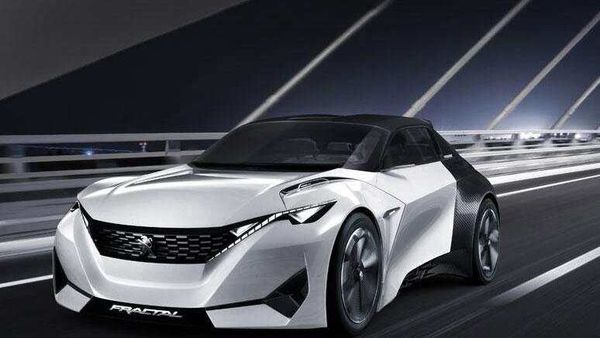 The car comes with its own sound effects. Photo:AFP

The Peugeot Fractal, which will be making its official debut at the Frankfurt motor show on September 15, has been designed to engage a driver's ears and sense of touch as well as simply being easy on the eyes.

In fact, it's an electrically powered coupé that comes with its own theme tune, created by sound engineer Amon Tobin, which plays whenever the car's doors are remotely opened via its smartwatch app. But that's just the start.

Much research has been done on how acoustics and auricular stimulation can heighten an experience or make it more immersive or memorable. Celebrity chef Heston Blumenthal provides diners at his Fat Duck restaurant with headphones and sound effects to enhance the flavors of a number of his dishes. Yet, when it comes to the automobile, the focus is often on stopping sound from penetrating the cabin or on tuning the exhaust note.

Not so with the Fractal. It puts auditory perception front and center. So the sound system is designed to give sound depth and direction which makes it easier to process when heard, something that can be of critical importance while using a navigation system. 'The spatialization of sound sources allows the driver to absorb and understand information more effectively and easily,' explained Vincent Roussarie, New Acoustic Services specialist, PSA Peugeot Citroёn.

It also means that listening to music takes on a new dimension. The bass frequencies from songs pass through the cabin's solid materials so that the listener perceives them in the inner ear via his or her own body.

But as well as clear navigation instructions and faithful reproductions of a Spotify playlist, the electric -- and therefore almost silent -- car also broadcasts sound effects to alert other road users such as pedestrians and cyclists that it's in the vicinity. And these sound effects change based on whether the car's accelerating, slowing down or cruising.

Away from sound effects, the car also engages the driver's sense of touch and sight via a holographic head-up display and tactile feedback from cabin surfaces and switchgear.

And while it's just a concept, it should also be enjoyable to drive. The Fractal's hard top is removable, and, although it's designed to seat four, the vehicle's compact, city-focused dimensions -- 3.81m long and just 1.77m wide -- plus the fact that it has a wheel at each corner will make it very nimble and agile, even on the most crowded or busy of roads.

Add to that the fact that it's very lightweight and uses electric motors to power all four wheels and output up to 204hp and it promises to handle and go like a go-kart for up to 450km on a single charge.

In other words, putting this car into production could be a very sound idea indeed.