Petrol, diesel prices take the longest break in weeks from their uphill run 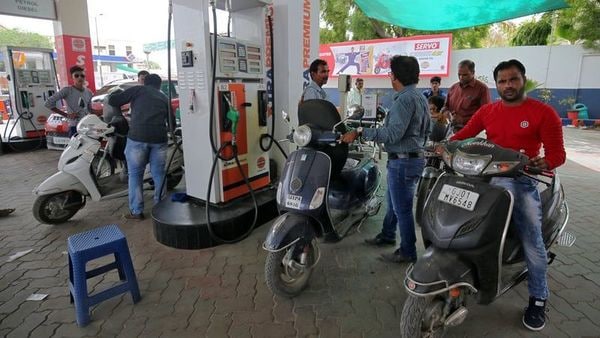 Petrol is currently selling at ₹101.84 per litre in Delhi, while diesel price in the national capital is ₹89.87 for a litre.

Petrol and diesel price have taken their longest break in weeks from the upward rally that has been continuing for the last few months. Price of petrol and diesel was last increased on Saturday and are static for last three consecutive days.

Petrol is currently selling at ₹101.84 per litre in Delhi, while diesel price in the national capital is ₹89.87 for a litre. Mumbai is selling petrol and diesel at the highest prices among all metro cities in India.

With the incessant price hikes in the last couple of months, petrol price has breached ₹100 mark in several states and cities. The motor fuel currently costs over ₹100 per litre in all the metro cities. Diesel price too has crossed the century mark at some places.

This is the first time, petrol and diesel have crossed ₹100 mark anywhere in India. The latest three-day break in price hikes comes as global development on oil production has softened crude prices.

In the wake of rapidly surging petrol and diesel prices, some state governments reduced their share of taxes a few months back. The central government has denied reducing excise duty on fuel despite demands from several stakeholders.

Petrol price in FY2022 has increased 39 times, while diesel price shot up 36 times during the April-June period this year. The government has also reported that its revenue from fuel tax has increased by 88% to ₹3.35 lakh crore in the last fiscal from ₹1.78 lakh crore in FY20.