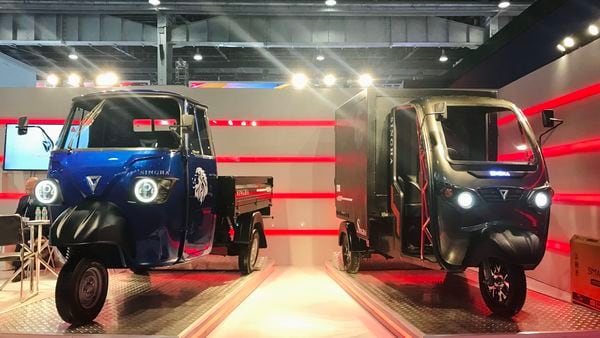 Omega Seiki, a part of Anglian Omega Group of companies, on Tuesday said it has joined hands with New York-based company C4V to introduce solid-state batteries for electric vehicles (EVs) and the renewable sector in India.

As part of a Memorandum of Understanding (MoU), the two companies are also looking at the manufacturing of solid-state batteries in the country.

The batteries would find usage in Omega Seiki's range of electric vehicles, the company said in a statement.

Initially, as part of the partnership, C4V will be supplying bio-mineralised lithium mixed metal phosphate batteries (BM-LMP) to Omega Seiki. Such batteries have an energy density of 200 watts/kg which is 20 per cent more than the lithium ferrous phosphate batteries available in the market.

"Omega Seiki is all set to revolutionise the electric vehicle market in India with these new C4V batteries. Not only are they environmentally friendly but also have a higher energy density, allowing our vehicles to go the extra mile. We believe in offering our consumers the best and with solid-state batteries, the latest in battery technology available globally," Omega Seiki Mobility Chairman Uday Narang said.

C4V Founder Shailesh Upreti said the company is going to introduce thermally stable solid-state batteries for the first time in the Indian Market.

"Extensive R&D and the last 10 years of development work is going to help us pioneer cell manufacturing in the India market. The country certainly requires best in class technology for domestic battery manufacturing and we are very excited and proud to bring this to India," he added.

"Our manufacturing platform is highly compatible with countries yet to develop cell manufacturing supply chains. We are looking at a modest speed scale up to the target 5GW in three years from now," he added.