Norton's new management reviewed the production practices and quality control that revealed as many as 35 different faults in the MY20/21 Norton V4 SS models.
By : HT Auto Desk
| Updated on: 21 May 2021, 08:43 PM 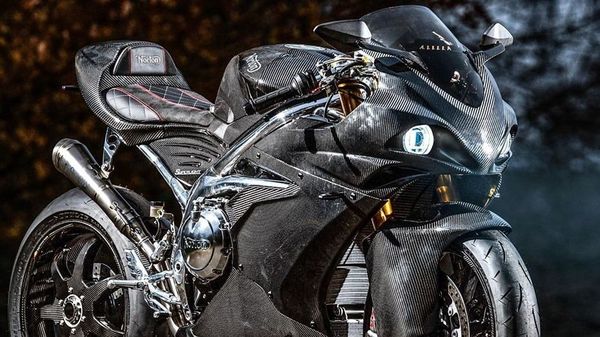 TVS owned Norton Motorcycle Company Limited (NMCL) has announced a recall on its flagship Norton V4 SS supersport motorcycle over several safety issue concerns. The company informed that many faults and safety issues were discovered on the units sold to the customers in 2019 and early 2020, before being bought by TVS in April 2020.

Reports suggest that Norton's new management (under TVS ownership) reviewed the production practices and quality control that revealed as many as 35 different faults in the 2019-2020 spec models. These faults were said to be serious enough to put the motorcycle and rider at risk.

TVS and Norton's new management also announced that they are not responsible for the defects since the bikes were manufactured before the official acquisition in April last year. "As part of an ongoing quality assessment and product development program for V4 SS models manufactured by NMUL Realisations Limited, we have identified certain defects and safety concerns on V4 SS bikes sold to customers in 2019 and in early-2020," said John Russell, interim CEO of Norton Motorcycle Company Limited (NMCL).

"Under the guidance of the DVSA, we are in direct contact with all affected registered V4 SS owners to address the safety issues in relation to the faults that have been identified," Russell added.