The road transport ministry is looking to construct the electric highway between Delhi and Mumbai at a cost of ₹2.5 lakh crore.
By : HT Auto Desk
| Updated on: 12 Jul 2022, 06:59 AM 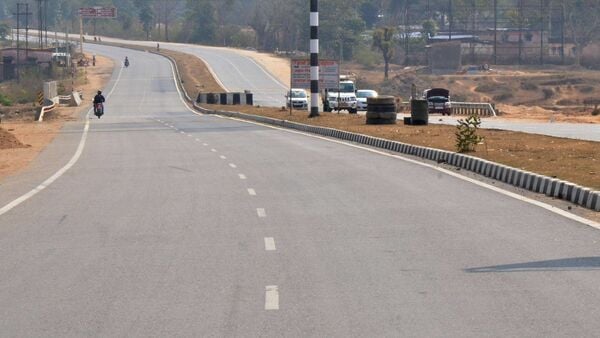 The Road Transport Ministry is planning to build an electric highway between the cities of Delhi and Mumbai, Union Minister Nitin Gadkari said while addressing an event organised by the Hydraulic Trailer Owners Association. The ministry is looking to construct these tunnels at a cost of ₹2.5 lakh crore. He added that on these highways, trolleybus and trolleytrucks will be able to run.

Trolleybuses are electric buses that draw power from overhead wires while an electric highway generally refers to a road which supplies power to vehicles travelling on it, including through overhead power lines.

Gadkari further said that his ministry has taken a decision to connect all districts by four-lane roads. He also urged users of heavy vehicles to use alternative fuels like ethanol, methanol and green hydrogen so as to help tackle the problem of pollution. "I request heavy vehicle owners to use alternative fuel like ethanol, methanol and green hydrogen as they are cost effective and import substitutes."

Gadkari added that the 29-km expressway connecting Dwarka in Delhi to Gurugram in Haryana is being developed at a total cost of ₹9,000 crore, and about 19-km of the expressway stretch falls in Haryana while the remaining 10-kms falls in Delhi. The expressway is estimated to consume 2 lakh MT of steel and 20 lakh cubic metre of concrete.