Tyler Szymkowski was tasked with finding the worst traffic jams in cities like San Francisco, Detroit, Washington, Los Angeles, Pittsburg and Baltimore.The engineering intern with Nissan, at that point in time, says bad traffic days for others were good days in office for him.
By : HT Auto Desk
| Updated on: 18 May 2021, 10:11 AM 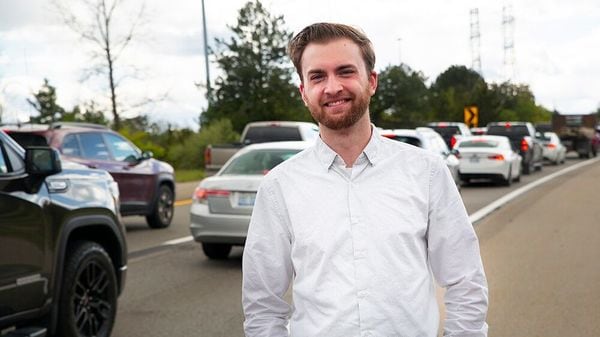 Being stuck in a traffic jam isn't anyone's idea of fun behind the wheel but for Tyler Szymkowski, it was crucial to find as many road bottlenecks as possible. Life of an intern may not be too kind but the reason why Szymkowski was where no other motorist wants to be reveals why he drove out of it in the end with a smile.

Szymkowski joined Nissan as an engineering intern in 2018. He would eventually be tasked with putting the company's ProPILOT Assist hands-on driver assist system to the test in real-world conditions. The idea was to ascertain how a human would react to this system in actual conditions in the open world. "We would target rush-hour traffic. Each day, I would look to see if it was a 'good' traffic day and good for me meant bad traffic for most people," he explains.

Nissan had first brought in the ProPILOT Assist to its 2018 Rogue model but with passing time, it was learnt from customers that the three-second time for holding the car stationery in start-stop traffic wasn't enough. "Customers were telling us that three seconds wasn't long enough," says Brittany Tessmer, a Nissan senior project engineer in advanced driver-assistance systems. "How long the system could sit and then reengage to make the experience more seamless was something we needed to pinpoint. If three seconds isn't long enough, then what is?"

It was Tessmer's team that tasked Szymkowski to find the most congested roads in cities like San Francisco, Detroit, Washington, Los Angeles, Pittsburg and Baltimore. "I got a very realistic taste of what customers experience in major cities," he says. "There were hundreds of additional hours spent basically waiting for a traffic jam. I will say that sitting in traffic is a lot more tolerable when you're intentionally getting something out of it. And it was really cool that Nissan was letting an intern have an impact on a new emerging technology."

While the data from these tests may have helped Nissan better the assist system, it has surely worked in favour of Szymkowski who has since been hired as a full-time engineer by the Japanese car maker.