Nikola board members say startup's skeptics are too focused on past

Nikola's multi-faceted menu has confused investors and given voice to skeptics who question the company’s technological capabilities.
By : Bloomberg
| Updated on: 16 Sep 2020, 09:48 AM 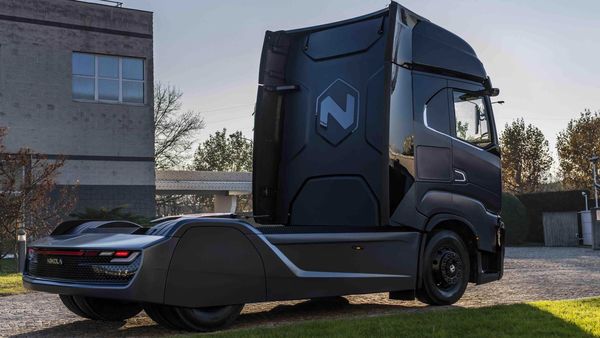 Investors are focusing too much on Nikola Corp.’s past and ignoring its future at the frontier of alternative fuels, said Jeffrey Ubben, a top shareholder and board member at the embattled electric-vehicle maker.

Shares of Nikola have been on a roller coaster, based largely on its prospects as a budding auto company. Since becoming publicly traded in June, the stock at one point soared so high that Nikola had greater market value than Ford Motor Co. But the shares have tumbled in the past week after a short seller questioned the validity of Nikola’s claims about its electric vehicle technology, drawing the attention of financial regulators.

Focusing on Nikola’s four-wheeled offerings is the wrong way to look at its fortunes, which depend more on a longer-term goal of becoming the preeminent supplier of hydrogen for fleets of vehicles, Ubben said in a phone interview. “The money is in the fuel. We get to sell you $100,000 of fuel every year. It’s an ecosystem."

(Also read: Race for electric trucks is on as Nikola readies prototypes for 2021 launch)

An early investor in Nikola, Ubben said he regrets pushing the startup and its outspoken founder, Trevor Milton, to go public before it was ready. “We are doing something for the first time. I guess you’re seeing how the sausage is made, and we went public way too early and it’s my fault. I pushed Trevor to do it."

Nikola’s hydrogen-fueling ambitions can get lost in the evolving list of projects it has pursued under Milton, who is also chairman. Nikola has busied itself with plans for battery-electric big rigs in Europe, fuel-cell-powered semis in the U.S., an electric pickup to be built by General Motors Co. and vague proposals to enter the market for high-performance sports vehicles.

The multi-faceted menu has confused investors and given voice to skeptics who question the company’s technological capabilities. The report by short seller Hindenburg Research accused Nikola of being “an intricate fraud built on dozens of lies." It also compared Nikola’s partnerships with blue chips such as GM, Robert Bosch Gmbh, CNH Industrial NV and South Korea’s Hanwha Group to the links scandal-tainted Theranos Inc. had with the likes of Walgreens Boots Alliance Inc., Safeway Inc. and the Cleveland Clinic.

Bloomberg reported Monday the U.S. Securities and Exchange Commission is examining the allegations of fraud Hindenburg made against Nikola. The U.S. Department of Justice also has been making inquiries into those claims, the Financial Times reported Tuesday.

Ubben declined to comment on any specific allegation or government probes, but he echoed Nikola’s denials of any deception by saying the company is simply misunderstood.

“How can this be an intricate fraud if you have your three biggest suppliers in the board room working together as partners? I don’t get why there’s so much suspicion," said Ubben in his first public comments since the allegations were made. “You think Bosch, CNH, Hanwha and now General Motors? They just rolled over without doing due diligence? No."

Criticism about Nikola’s lack of intellectual property and use of others’ technology doesn’t account for the company’s moxie as a systems integrator, Ubben said. Profit margins from manufacturing vehicles are much thinner than those that could be earned from fueling fleets of hydrogen-powered vehicles under long-term contract, he said. Investors who dismiss Nikola as a fad or a fluke don’t appreciate its role at the vanguard of a revolution in fleet transportation.

“We try to educate the market on the power of the ecosystem and the need for a hydrogen economy," Ubben said.

Nikola ultimately plans to lease fuel-cell-powered semi trucks bundled with the cost of fuel and maintenance at a fixed price per mile. It currently has a single demo hydrogen fueling station at its headquarters in Phoenix, but the company envisions a network of 700 stations throughout North America supplying hydrogen “at cost parity to diesel."

BloombergNEF analyst Xiaoting Wang says Nikola’s assumed cost of producing hydrogen -- which it claims to be $2.47 per kilo -- does not take into account the capital expenditure the company will have to make in electrolyzer systems and fueling stations. Nor does it take into account the difficulty it faces in finding 100% renewable-energy sources 24 hours of the day.

“Detailed assumptions adopted by Nikola do not justify this value as a fair estimate of hydrogen’s economics," Wang said in an email.

Nikola’s hydrogen stations will be capable of producing enough fuel to supply 210 fuel-cell trucks a day, according to a recent securities filing. In time, company executives have said the fuel network will be expanded to power as many as 1,100 trucks per day. As is the case with its vehicles, Nikola is using someone else’s technology to actually create the hydrogen.

It currently has a deal with Norway’s Nel ASA for electrolyzers and fueling equipment, the first of which will be delivered in 2023 to support a handful of stations in the U.S.