Home Auto News Nhai Adds 1,470 Kms Of National Highway Amid Lockdown In April And May

NHAI adds 1,470 kms of national highway amid lockdown in April and May

National highway construction in India has increased by more than 73 per cent even during the restrictions due to the Covid-19 pandemic.
By : HT Auto Desk
| Updated on: 05 Jun 2021, 09:02 AM 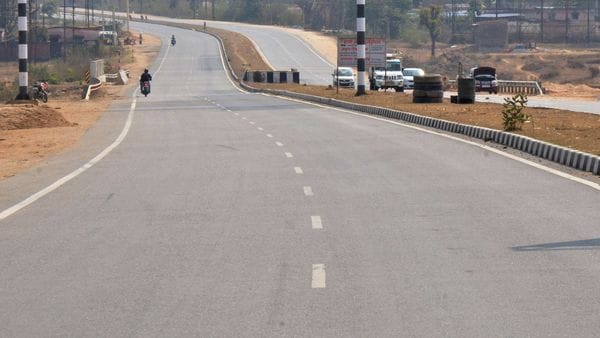 Indian has added 1,470 kms of national highway amid lockdown in April and May. (Image for representational purpose)

National highway construction continues to grow at rapid rate in India, even during the lockdown due to the pandemic. According to the Ministry of Road Transport and Highways (MoRTH), India has managed to add another 1,470 kms of national highways in the last two months.

According to the MoRTH, the National Highways Authority of India (NHAI) has increased national highway construction by a massive 73.5 per cent as compared to the same period last year. During both these phases, several parts in India faced lockdown restrictions due to the ongoing Covid-19 crisis.

(Also read: Zip past NHAI toll plazas in 10 seconds, free if queue is longer than 100 metres)

India has seen one of the fastest growing network of national highways under union minister Nitin Gadkari. Earlier this year, the National Highways Authority of India completed development of a 25.54 km single lane stretch of road in just 18 hours, creating a world record. The stretch that made it to the record books is situated on the four-lane highway between Vijaypur and Solapur on the NH-52.

NHAI had created another world record in February for laying the highest quantity of concrete on a four-lane highway within one day. The feat was achieved by the contractor Patel Infrastructure and entered the India Book of Records and Golden Book of World Records.