Move over electric cars because battery-powered planes are almost here

An all-electric plane plans to travel a distance of 700 kilometres to show off its capabilities.The plane will make six stops because its battery gives it a range of 100 kilometres but with technology being ramped up at a lightning pace, the signs are quite evident.
By : HT Auto Desk
| Updated on: 31 Aug 2020, 12:20 PM 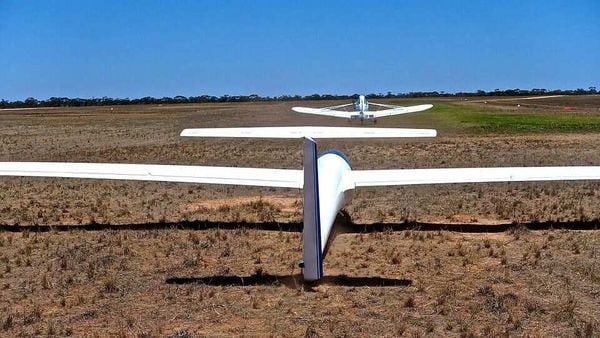 The world is fast charging forwards towards roads which have more and more electric vehicles with each passing day but even as electric mobility goes into the fast lane globally, all eyes are set to turn skywards for what could be an even bigger evolution - electric planes. Getting batteries to replace internal combustion engines (ICE) may have seemed expensive and a tedious process some time back and to bring it to the aviation sector may have appeared even more improbable but that is exactly what many are working fast towards to ensure sustainable mobility is not just restricted to being at the ground level.

Hoping to lead the way are Tesla battery engineers who recently said that a new generation of batteries being worked on could be - put simply - capable of powering personal air taxis. These are mostly expected to be small chopper-like machines for urban transportation, capable of ferrying up to two passengers. Tesla CEO Elon Musk went a step further and said these options could become a reality in as early as the next four years. (Full report here)

And while personal air mobility option in itself could revolutionize how one commutes, the added benefit of being powered by batteries could mean they could help cities cut down on emissions as well, if and when adopted in a large scale.

But there is a whole lot more to electric aviation as well.

An electric plane called Pipistrel Velis Electro is all set to embark on a first-of-its-kind journey in a bid to showcase its battery-powered prowess and a team of five aviation experts are looking at shattering several world records en route their effort to go from Zurich to the German municipality of Norderney in the North Sea. The distance of around 700 kilometres means that if successful, the Pipistrel Velis Electro - an all-electric trainer plane, could well give more than just a glimpse into the direction in which long-distance aviation could be headed.

Battery technology is being vastly improved with passing time and while factors such as mass adoption powered by incentives are making EVs more and more affordable, batteries - the core of any EV - are also becoming technologically superior for better range and recharge abilities. Batteries for airplanes still have a fair distance to cover - the one inside Pipistrel Velis Electro gives it a flying range of 100 kms - but the dice has surely been rolled. EVs like Tesla Model S Long Range and the upcoming Lucid Air sedan have a certified range of over 700 kilometres and 800 kilometres, respectively. And with EVs on ground inspiring the development of electric planes in the sky, the signs are for all to see.