Fifty decorated electric buses will operate in Moscow till January 30.Electric buses ply in the city on 66 routes with a total length of almost 800 kilometres.
By : HT Auto Desk
| Updated on: 27 Dec 2021, 01:03 PM 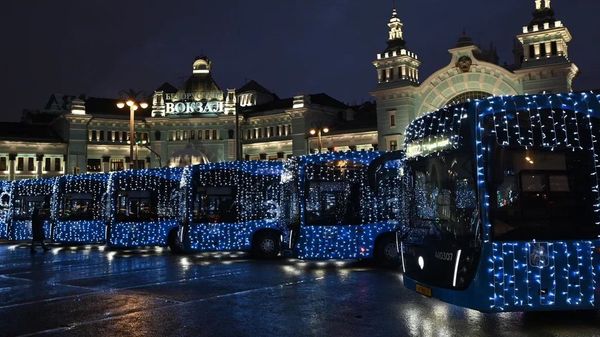 The capital of Russia - Moscow, is celebrating the induction of 900th electric bus to its fleet, making it one of the largest electric bus fleet in the world. The city's bus operator Mosgortrans decorated 50 units of the electric buses with blue lights to celebrate the milestone and to spread festive cheer among passengers and city dwellers.

These decorated electric buses will operate in the city till January 30. “Today our electric buses with brightly colored lights are on their routes so that your trips turn into a real New Year's fairy tale every day," the bus operator Mosgortrans wrote on its Twitter handle.

Moscow had around 500 electric buses as of November 2020, and the city added 400 more units since then, and is not too far from reaching its 2021 target of 1,000 electric buses on roads. Most of the buses have been supplied by Kamaz and are powered by lithium titanate batteries (LTO).

Moscow intends to switch all its public buses to electric drivetrains by the end of this decade while purchase of regular combustion engine powered buses were already put on hold in the city, Insideevs reported. It stated that the city already has over 150 fast-charging stations for electric vehicles, and many more are coming up. By the end of 2023, the city will have up to 500 electric vehicle charging stations.

Apart from expansion of charging infrastructure, the city is also expected to grow its electric bus fleet in 2022 and 2023, reaching more than 2,000 units and there might be more than 3,000 units by 2024, the report stated.