Mercedes-Benz estimates increase in sales forecast after refocusing on models

Mercedes battles past challenges posed by semiconductor shortage and is banking on a robust demand to power its prospects.
By : HT Auto Desk
| Updated on: 27 Jul 2022, 16:34 PM 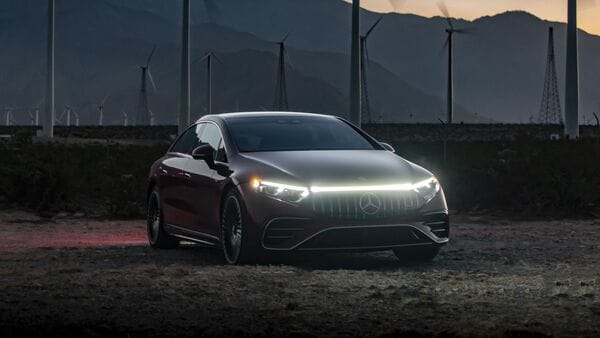 Mercedes is hoping to ride on sails powered by electric mobility while focusing on high-end models as well.

Mercedes-Benz is buoyed by positive prospects across major markets in the world and is expecting demand for its models to remain strong. With an eye out on increasing annual sales, the German luxury car maker  said that they are estimating an increase in yearly sales. While the firm focus is on electric vehicle (EV) models, Mercedes also recently pointed to a renewed commitment towards high-end models.

Mercedes-Benz announced that the Q2 net profit increased from 3.1 billion euros to 3.2 billion euros when compared to the same period of last year. But the semiconductor shortage issue continues to pose a challenge with unit sales coming down. CEO Ola Kallenius, however, has said that the group managed the bottlenecks in supply as well as "increasingly complex macroeconomic and geopolitical challenges."

In May, the CEO hinted that some of the entry-level models might be discontinued. As of now, there is no information about the models that the brand might axe in the future. The manufacturer is leading in various countries when it comes to luxury vehicles. Kallenius does not want the brand to become a competitor among volume producers.

In India, the manufacturer will now be launching the EQS luxury sedan on August 24th. It can be considered the electric-only version of the S-Class sedan. Mercedes-Benz will first launch the AMG EQS 53 variant which will come as a CBU. Later this year, the brand will launch EQS 580 which will be locally assembled at the Pune factory. The EQS will be the second all-electric model. The first one is the EQC which currently sells for Rs. 99.5 lakhs ex-showroom.

Mercedes will also launch the EQB in the Indian market which is a compact luxury SUV. The EQB is based on the GLB SUV which is offered as a 7-seater SUV. Mercedes-Benz sells EQB in two variants. There are 300 4Matic and 350 4Matic. As of now, the brand has not confirmed which version will they bring to our country.