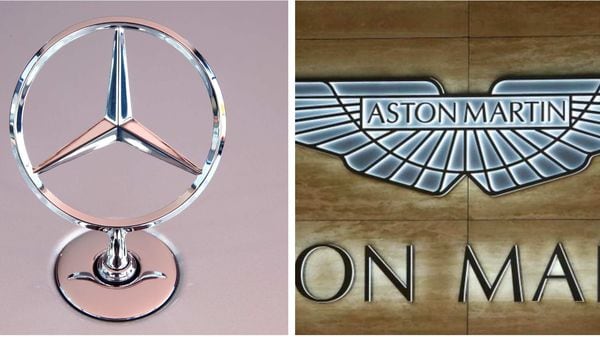 Aston Martin will get access to key Mercedes' technology, including hybrid and electric drive systems.

Daimler unit Mercedes-Benz is to lift its stake in Britain's Aston Martin to up to 20% by 2023, making it one of the struggling British carmaker's largest shareholders, Aston said on Tuesday.

Aston Martin, popular for being James Bond's carmaker of choice, has suffered a torrid time since it floated two years ago, with its shares losing two-thirds of their value this year.

The 107-year-old firm hired Tobias Moers, former CEO of Mercedes-AMG, as its new boss from August.

Aston said the increase in Mercedes-Benz's stake, from 2.6% currently, would take place in several stages as part of a wider issue of 250 million shares at 50 pence each.

The stock issued to the German group will have a maximum value of 286 million pounds ($372.7 million), it said.

The deal will see an existing supply agreement between the two firms, in place since 2013, expanded to give Aston Martin access to key Mercedes' technology, including hybrid and electric drive systems.

"We take another major step forward as our long-term partnership with Mercedes-Benz AG moves to another level, with them becoming one of the company's largest shareholders," said Aston's chairman and biggest shareholder Lawrence Stroll.

The German firm will get the right to nominate one non-executive director to Aston Martin's board after its first shareholding increase, the London-listed firm said.

Aston, which has started deliveries of its first sport utility vehicle, the DBX, said on Tuesday it swung into an adjusted core loss of 29 million pounds in the third quarter, versus a profit of 43 million pounds last year.

Revenue in the period nearly halved to 124 million pounds, it said.

It envisages production volumes of about 10,000 units, revenues of about 2 billion pounds and adjusted core profit of 500 million pounds by financial years 2024 or 2025.