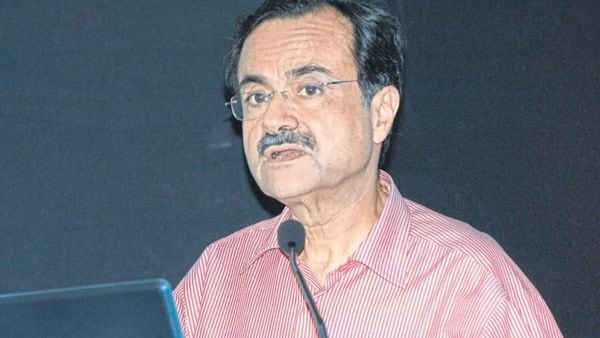 (Also Read: 10 cars that Indians loved to buy in last one year)

Jagdish Khattar joined Maruti Udyog Limited back in 1993 and worked with the largest automaker of India till 2007. Khattar joined Maruti as Director of Marketing and went on to become its MD in 1999, first as a government nominee, and then in May 2002, he was nominated by the Suzuki Motor Corporation.

Under his leadership, Maruti Suzuki witnessed remarkable growth, especially with the iconic small hatchback Maruti 800. When the government and the Japanese partner continued to squabble over various issues, including ownership and technology transfer, Khattar had to deal with industrial relations issues when workers at the company's Gurgaon plant went on an indefinite strike in 2000 demanding wage hikes, incentives, and pensions, among others.

Before joining Maruti Udyog Limited, Khattar worked as an officer of the Indian Administrative Service with 37 years of experience. He served as the joint secretary in the Union Ministry of Steel. Also, he served at various administrative positions in the Uttar Pradesh government.

After his retirement from Maruti in 2007, Khattar started his own company Carnation Auto India, which has a multi-brand pan-India sales and service network. However, Khattar's entrepreneurial venture did not reach the heights of success that he achieved when he was helming Maruti Suzuki.

In 2019, Khattar was booked by the CBI along with his company Carnation Auto India Limited for allegedly causing losses of ₹110 crore to Punjab National Bank (PNB). However, he defended himself stating that an exhaustive independent forensic audit at the behest of the bankers did not find any wrongdoings in the functioning of Carnation Auto.

Commenting on Khattar's death, Anand Mahindra, Chairman of Mahindra Group has said that Khattar's demise marks the passing of an era. "A bureaucrat-CEO-entrepreneur, his was a life of achievement and unceasing exploration. We need more like him...Om Shanti," Mahindra tweeted.

Mahindra & Mahindra's just former CEO and MD Pawan Goenka wrote on Twitter, "Very sad to lose a stalwart of the Indian Auto Industry, Jagdish Khattar. I was fortunate to have interacted with him on several occasions and learnt deep insights of the industry from him. RIP. Om Shanti."

MG Motor India CEO and MD Rajeev Chaba wrote on Twitter "Saddened to hear the demise of Mr Jagdish Khattar! His contribution to the auto Industry was huge! May God rest his soul in peace."

Sunjay Kapur, Vice President of ACMA, too wrote "Saddened to hear about the demise of Mr Jagdish Khattar, a doyen of the Indian automotive industry. May he rest in peace. My thoughts and prayers are with the family. #JagdishKhattar."