Maruti had showcased the Jimny SUV in India during the Auto Expo in February last year.The Made in India Maruti Suzuki Jimny sources power from a 1.5 litre petrol engine that comes with a 5-speed manual or a 4-speed automatic gearbox.
By : HT Auto Desk
| Updated on: 18 Feb 2021, 05:04 PM 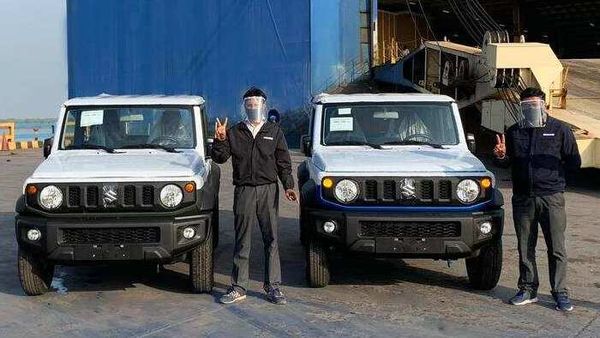 Maruti Suzuki has said that it is still evaluating the feasibility of launching its Jimny SUV in the Indian market. The company is currently evaluating various aspects of marketing the off-roader here and deciding as to when, if at all, the vehicle can be launched in the domestic market, Maruti's Executive Director of Marketing and Sales, Shashank Srivastava, said in an investor call.

Maruti has already started exporting the 'Made in India' Jimny SUVs to Latin American countries such as Columbia and Peru. Last month, first batch of 184 Jimny off-roaders were sent off to Latin America from Mundra port. The iconic three-door SUV will be exported to Latin America, Middle East and African markets from here. However, Jimny is not being exported to Europe from here due to frequent changes in regulations of the continent. "Almost every export to Europe keeps stopping every about four or five years because of some new non-tariff barriers," said the company's Executive Vice-President for Corporate and Government Affairs, Rahul Bharti, during the same call.

Even though the company is still not sure about launching the SUV here, it surely is looking to make the country a global production hub for the model. It had earlier stated that the massive worldwide demand for the off-roader is well beyond the capacity of Suzuki Japan and thus, Indian manufacturing will supplement its capacity to meet the global demand.

(Also read | Swift facelift to Jimny and return of diesel: What to expect from Maruti in 2021)

The 'Made in India' Jimny, produced in the company's plant located in Manesar, Haryana, measures 3,645 mm in length, 1,645 mm in width and a height of 1,720 mm. It sources power from a 1.5 litre petrol engine that comes with a 5-speed manual or a 4-speed automatic gearbox.

Maruti had showcased the Jimny SUV in India during the Auto Expo in February last year. However, since the, the carmaker has only remained tight-lipped about its launch in the domestic market.