Maruti's statement comes at a time when most other carmakers have sought GST rate cut to tide over ongoing crisis.
By :
| Updated on: 30 Oct 2020, 07:46 AM 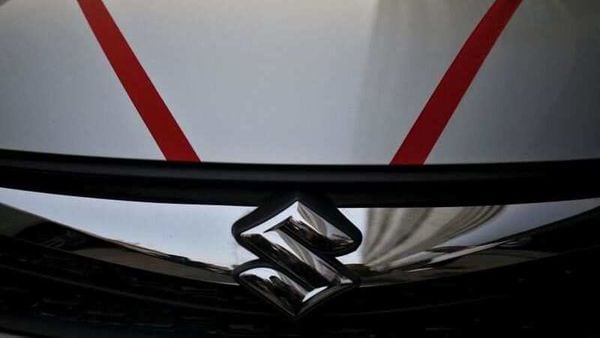 The logo of Maruti Suzuki India Limited is seen on car parked outside a showroom in New Delhi. (File Photo)

Maruti Suzuki India, the country's largest car maker, on Thursday said there is no immediate need for GST rate cut on passenger vehicles with demand looking good for the next few months.

The auto major, with around 50 per cent of market share in the domestic passenger vehicle segment, said the government can look at the GST relief if demand tapered off in the future.

"The industry has done pretty well in the second quarter and I don't think that anybody's sales have suffered due to the lack of demand. What I am able to work out at the moment is that the production capacity more than anything is still being built up due to various constraints," MSI Chairman R C Bhargava told reporters.

He further said, "Therefore, if I was in the government at this time when there is no lack of demand, giving relief at this stage would be quite unnecessary."

In case demand falls and if it looks like that it is not a temporary thing but sustained dip in demand that is when the government will need to step in, Bhargava noted.

When asked categorically, if he sees no immediate need for GST relief because demand right now is sufficient, he said, "Yes".

"I am selling everything I am producing. If the GST went down and demand increased by another 30 per cent I won't have cars to sell," Bhargava noted.

On how long the industry could wait for the GST rate cut, he said, "I don't know how demand will develop in the coming months, what happens to the customer demand and the market."

Various automakers in the past have demanded GST cut on automobiles in order to help the industry revive from a prolonged slowdown. Earlier this week, Tata Motors President (Passenger Vehicles Business Unit) Shailesh Chandra had said that any kind of government support in terms of GST cut would benefit the whole passenger vehicle segment.

Responding to a separate query, Bhargava said he never gets worried about any actions or inactions of the government because he cannot control what the government does.

He responded when asked if he was worried that the government and GST Council were not considering GST cut on cars.

"My philosophy is that if something is beyond my control then there is no point getting worried or happy or ecstatic about those things," the veteran industry leader said.

Elaborating further on the matter, he added that in the second quarter, the company did well in terms of sales.

"Further, in the third quarter (October-December), the market situation looks quite adequate and we will not have a situation where we will have surplus stock available with us and we will be able to sell whatever we can produce.

"So, at this point in the third quarter, the GST impact does not arise," Bhargava said.

The question will arise if sales start falling sometime next year, he added.

"If it does, in case a situation emerges like that then it is there I guess where the government will have to take a view, as in what they can do or would like to do," Bhargava said.

When asked about the government calling for companies to scale down royalties to their parent companies, MSI MD and CEO Kenichi Ayukawa said that in order to develop new products, the auto major needs support from the parent firm.

Without divulging much, he said the company would try to communicate with the government and explain the matter to them.

MSI Chief Financial Officer Ajay Seth said the company has been pursuing cost-saving measures and in the July-September quarter, the automaker has been able to save ₹270 crore more than the second quarter of 2019-20.

The automaker said the share of hatchbacks improved in the overall sales of the company in the second quarter. The company added that it also did not see any adverse impact on its sales number due to lack of diesel cars in its portfolio.