Although several direct rivals have opted to push forward with diesel BS 6 engines, Maruti has steered away towards a petrol-only garage.The scope of CNG, according to the company, is huge and Maruti is looking at building on its strengths.
By : PTI
| Updated on: 19 Jul 2020, 02:54 PM 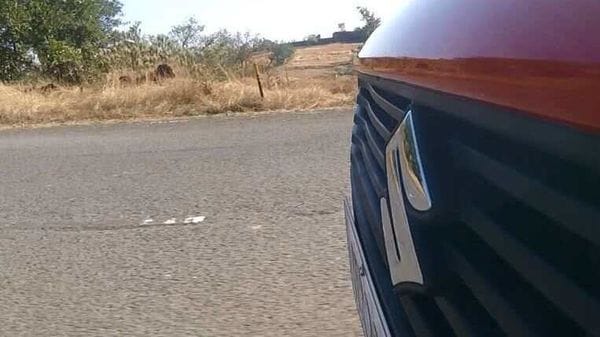 The country's largest carmaker Maruti Suzuki India (MSI) sees no logic in developing a BS 6 diesel engine for small cars as it does not find any economic viability for such cars with market gradually shifting towards petrol models, a senior company official said.

The auto major, with no diesel vehicles in its line-up, now aims to expand its CNG products range to bring in additional volumes.

"There is absolutely no logic in developing a small diesel engine. It is less than 5 per cent in hatchback segment and has reduced considerably in sedans and entry-level SUV segment as now economics does not support it," MSI Executive Director Sales and Marketing Shashank Srivastava told PTI in an interview.

The auto major, however, may look at having a bigger BS 6 diesel engine at a later stage if there are enough customers for diesel-powered big SUVs and sedans.

"Those customers who do not care for economics for running the car they may still be buying the diesel cars and for that the company has said it is watching the market very closely," Srivastava said.

He further said: "If we find there are enough people in that category than we can always look at developing a bigger BS 6 diesel engine."

The company is yet to make a decision regarding the matter, Srivastava said.

"We will have to look at the market because we believe that such market (diesel SUV, sedan) will slowly disappear," he said.

He further said that BS 6 regime started in April and then coronavirus pandemic happened so the company will have to wait for some time to let market stabilise and then decide what needs to be done regarding the BS-VI diesel.

Elaborating on enhancing its CNG play, Srivastava said the company aims to sell around 1.4 to1.5 lakh CNG units this fiscal as compared with 1.07 lakh units in 2019-20.

The company has set an ambitious target of selling ten lakh cars with green technology over the next few years.

Counting positives of a CNG vehicle against diesel cars, Srivastava said the cost of acquisition of CNG car is much less than normal diesel cars and it is much more cheaper to run.

"CNG segment grew last fiscal by 7 per cent while the overall passenger vehicle industry declined by 18 per cent," he noted.

The company currently has eight models that come with factory fitted CNG units.

"We plan to further enhance the CNG portfolio in the coming days," Srivastava said.

Bullish over the technology, the government has already announced to double the number of existing CNG outlets in next one year, he noted.

Currently, there are around 1,900 CNG sale outlets in close to 195 cities in the country.

Srivastava noted that the market was gradually shifting towards petrol cars with massive drop in diesel model sales across the industry.

Reduction in price gap between petrol and diesel fuels, increase in the cost of diesel cars with the coming of BS 6 emission norms were some of the major factors responsible for decline in diesel car sales, he added.

The cost differential between petrol and diesel cars which used to be in the range of ₹70,000-90,000 earlier has now gone up to ₹1.5 lakh to ₹2 lakh, Srivastava said.

At the same time, due to convergence of fuel prices, there is not much difference left in running costs of diesel and petrol cars, he added.

"The economics of running a vehicle on diesel, which was so favourable earlier, has now disappeared. Therefore there is no economic logic for buying a diesel car and that is reflected in the percentage share of diesel cars in the market. From 60 per cent few years back it has come down to 20 per cent" he noted.

In small cars, the share of diesel cars is now less than 5 per cent, he added.

The only segment where the percentage of diesel cars is above 50 per cent is the upper SUV segment where buyers are not bothered by the economic viability, he added.