Jeep and Mahindra are locked in a legal battle over Thar's design which the US carmaker claims to be a copy of its Wrangler SUV.
By : HT Auto Desk
| Updated on: 13 May 2021, 09:07 AM 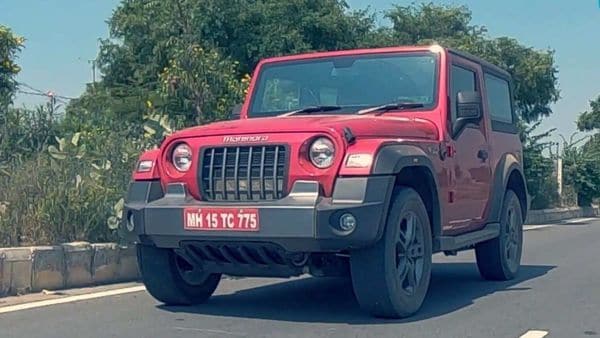 Mahindra and Mahindra has put off its plans to launch the Thar SUV down under after US-based carmaker Fiat Chrysler, which owns the Jeep brand, decided to move court in Australia.

The entire legal tangle is over claimed design infringement by Mahindra. Jeep claims the design of the Thar is a copy of its popular off-road SUV Wrangler. Fiat had issued a statement alleging Mahindra is trying to 'pass off their Thar as a Jeep Wrangler'.

"FCA firmly believes that Mahindra is seeking to intentionally infringe the intellectual property rights of our Jeep brand, specifically the Jeep Wrangler. FCA will pursue all available avenues to stop Mahindra from continuing to make misleading and deceptive representations in relation to our Jeep brand, pass off their Thar as a Jeep Wrangler, and infringe our design rights," the statement said.

After Fiat Chrylser moved court and sought to restrain Mahindra from launching the Thar SUV in Australia, the Indian carmaker decided to call off its plans, at least for now.

This is not the first time that the two carmakers have run into legal battles over claimed design infringements. Last year, Jeep had tried to stop Mahindra from selling the Roxor SUV in the US, with similar allegations. The US car manufacturer had pointed out that Roxor's design was eerily similar to some of the brand's signature elements. Jeep said that Wrangler's boxy body shape, its round headlights and front grille are distinct to the brand.

However, Fiat Chrysler had lost the US round of the legal battle, after court allowed Mahindra to sell the Roxor in Jeep's home market. The US International Trade Commission (ITC) had cleared the decks for Roxor's sale by saying that its design does not violate Jeep’s intellectual property rights for the Wrangler.