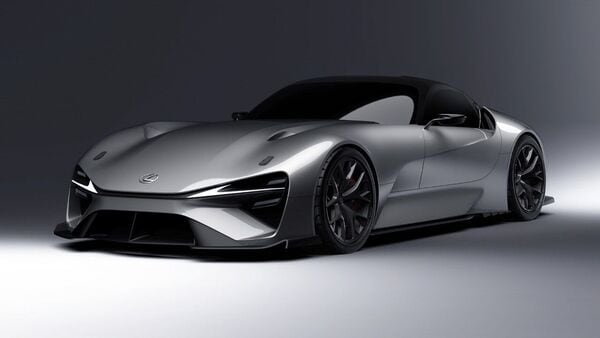 The Lexus Electrified Sport Concept will make its global debut at the 2022 Goodwood Festival of Speed that will be organised in June. Lexus will also showcase its other electric vehicles namely Lexus RZ 450e and the UX 300e. Lexus introduced the Electrified Sport Concept in February and has claimed this new electric vehicle to be the ‘spiritual successor’ of the Lexus LFA.

The front face of the Lexus Electrified Sport Concept EV features a T-shaped air intake and a prominent air splitter for improved aerodynamic efficiency. It also has sharp LED headlamps with LED daytime running lights. With its curvaceous body, it also sports a contrasting black roof.

The Lexus Electrified Sport Concept shows off a sleek coupe design and promises high performance, though, Toyota's premium arm is yet to reveal the details of the concept electric vehicle. Lexus Electrified Sport Concept promises to offer a range of 700 km and the ability to sprint from zero to 100 kmph in less than 2 seconds. It has been reported earlier that the power source of this concept EV will be a solid-state battery.

Apart from this highlight from the brand Lexus will also present its RZ 450e and the UX 300e. The former is a luxury SUV that Lexus unveiled in April. The Lexus RZ 450e EV is based on a new electric platform. It promises to offer a range of 450 km and will also feature optional steer-by-wire with a One Motion Grip yoke. The all-electric Lexus UX 300e packs a power of 201 hp and offers a range of 315km on the WLTP cycle.

This year's Goodwood Festival of Speed will be organised from June 23 to June 26 at Goodwood House.