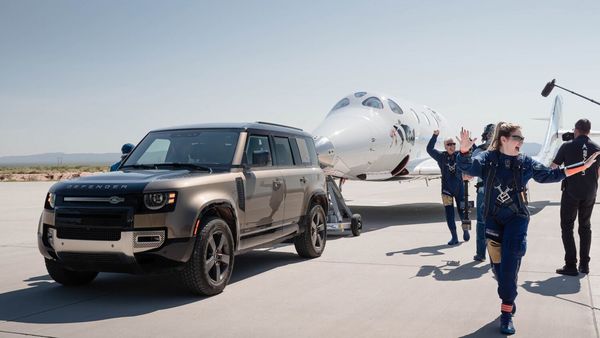 Land Rover vehicles provided ground support to Virgin Galactic’s first commercial space flight with full crew including founder Richard Branson. A Range Rover Astronaut Edition was used to take Branson and the team to the SpaceShipTwo Unity craft before the space mission on July 11. A Land Rover Defender 110 was used to tow back the flight after it successfully landed back on the Earth.

Lover Rover and Virgin Galactic are partners since 2014 and the carmaker provides ground support to the space flight company by performing day-to-day duties such as towing the space vehicles, carrying equipment and clearing runways before take-off of flights.

The British automaker says that its commercial spacecraft partner has already signed up around 600 future Astronaut customers who will be transported to their flights in vehicles supplied by Land Rover. Virgin Galactic's Chief customer officer Stephen Attenborough said, "As we look ahead to the start a full commercial service... Land Rover will be going Above and Beyond, as together we open space to change the world for good." 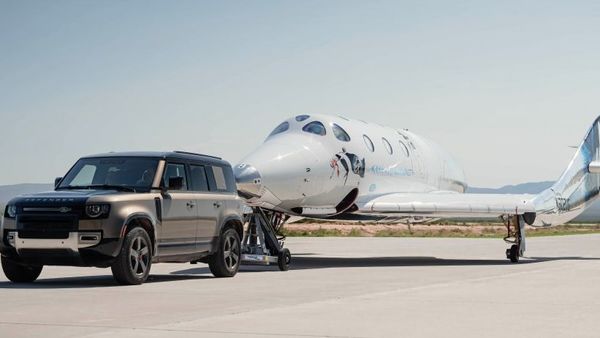 Land Rover had launched the Range Rover Astronaut Edition in 2019 to celebrate its partnership with the spaceflight company. The special edition vehicle will only be made available to future astronauts who sign up to fly to space with Virgin Galactic. The vehicle's exterior features unique Zero Gravity Blue paint inspired by the night sky as well as a bespoke Virgin Galactic puddle lamp design. Its interior features aluminium door handles with the Future Astronaut community constellation design.

In Virgin Galactic's latest space mission, the crew reached an altitude of about 88km over the New Mexico desert, making Branson the first person to go to space in his own ship. The crew experienced three to four minutes of weightlessness and saw the curvature of the Earth before safely gliding back home to a runway landing.