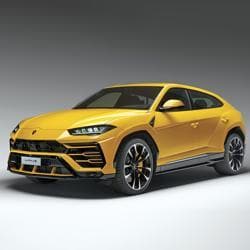 Lamborghini has taken the wraps off the production-spec Urus - a model it describes as a 'super SUV', partly for its abilities as an SUV, and also perhaps for its ability to go to a next level in sales. The brand's first SUV since the LM002 of 1986, the Urus will be built in a new factory at the firm's Sant'Agata Bolognese base. The Urus name is derived from a bull's, as with all Lambos, and has stayed with the model since it was first shown as a concept at the 2012 Beijing auto show.

The Urus is based on the Volkswagen Group's MLB Evo platform that's also the basis for the Bentley Bentayga, Porsche Cayenne and Audi Q7. This SUV is 5,112mm long, 2,016mm wide and 1,638mm high, with a wheelbase of 3,003mm. Lamborghini says the model has a kerb weight of less than 2,200kg, with the chassis using aluminium and steel to maximise stiffness. 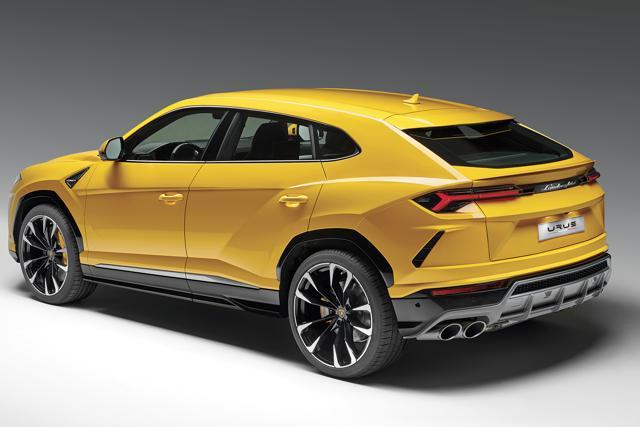 The Urus' dramatic exterior follows the same two-thirds body, one-third window ratio you see on Lamborghini's range of supercars. The peaked bonnet is styled on those seen on the Miura and Aventador, while the diagonal hood lines, first used on the Countach, also feature. The styling, Lamborghini says, has been honed to maximise the car's aerodynamic potential, with a front splitter and air intakes to channel air to the underbody. Wheel options extend from 21- to 23-inch rims, and Pirelli has developed a range of tyres exclusively for the model.

The cabin comprises many hexagonal elements, including the air vents and cupholders, and, resultantly, there is an immediate connect with the Huracán and Aventador. The Urus can be configured as a four- or a five-seater, and the impressive bit is the cabin is a lot roomier than you'd expect. There's genuine SUV practicality built into the package, with a 616-litre boot that can be further expanded by folding down the bench seats. 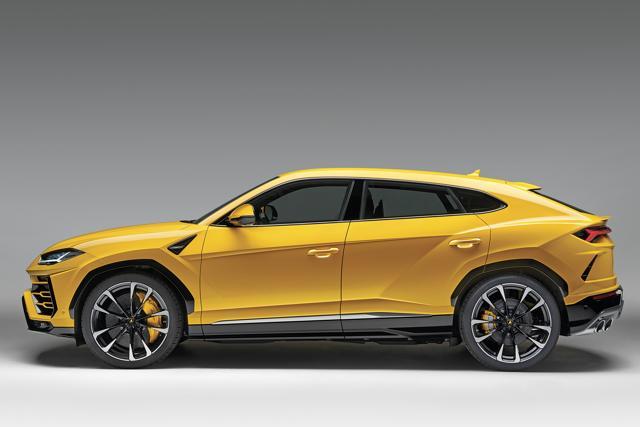 But this is a Lamborghini, so performance gets precedence over practicality. And the numbers are supercar good. Lamborghini claims a 0-100kph time of 3.6sec for the Urus, with 200kph breached in 12.8sec. Enabling the performance is the Urus' twin-turbo 4.0-litre petrol V8 engine that produces 650hp at 6,800rpm, and 850Nm of torque between 2,240-4,500rpm. This powertrain is new for Lamborghini and was used - instead of the naturally aspirated V10 and V12 from the Huracán and Aventador - for its high torque at low rpm characteristics, something Lamborghini says SUV owners prefer. The engine comes mated to an eight-speed automatic gearbox, while the four-wheel-drive system features a Torsen self-locking differential, with torque split 40:60 to the independent front and rear axles, respectively. The rear differential features active torque vectoring, which delivers power to each wheel according to the driving mode and grip levels. The rear-wheel-steering system from the Aventador S has been carried over to the Urus too.

The driving character can be altered with up to six drive modes. Strada mode quietens the engine and calms the driving dynamics. Sport mode lowers the Urus for improved stability, while the top Corsa mode offers the most performance-focused drive. There are also Neve (snow) and optional Terra (off-road) and Sabbia (sand) modes, which all raise the chassis to increase ground clearance, and utilise an electromechanical active roll stabilisation system to smoothen the ride. There is also a fully customisable drive mode called 'Ego'. The specially tuned damper valves are set to continually adjust to the conditions, hardening up when cornering and softening up on straights. 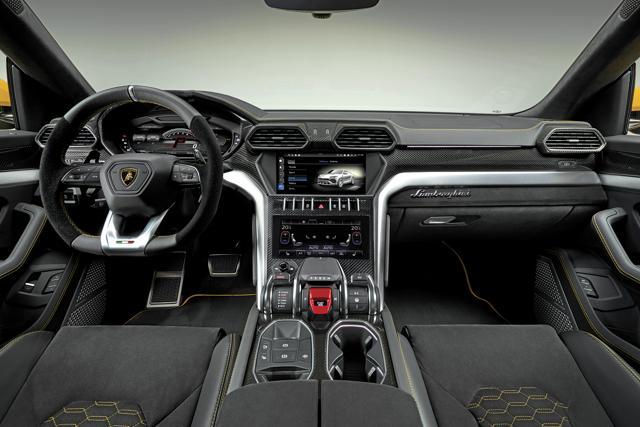 Lamborghini has been accepting orders from Indian buyers over the past few months, and the entire allotment for India for 2018 has already been spoken for. The Urus will be officially launched in India on January 11, 2018; just a little over a month after its global unveiling. While pricing wasn't out at the time of going to press, we can confirm that the Urus will carry a base price (sans options, that is) of under ₹3 crore.

Such is the interest in the Urus that Lamborghini expects the model to single-handedly triple sales in India. To cater to the increased demand, the carmaker is also in the process of expanding its footprint in India. The number of dealerships is expected to increase from three to five in 2018, with more service outlets also being planned. One thing's for sure, with the Urus, Lamborghini's bull run in India is set to go into higher gear.