While new orders are slow to come by, Lamborghini India is not witnessing any cancellations of bookings, although some customers have asked for delayed deliveries due to the health crisis.
By : PTI
| Updated on: 05 Jul 2020, 12:01 PM 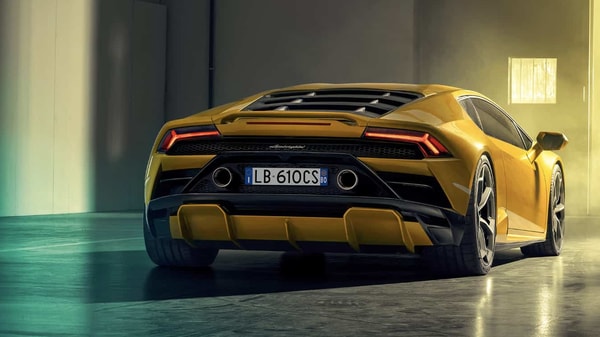 Italian super sports car maker Lamborghini is banking on a healthy order book to prevent huge sales dip in India this year due to the coronavirus pandemic as it resumes deliveries of vehicles from this month after restarting operations following lockdown relaxations, according to a senior company official.

While new orders are slow to come by, Lamborghini India is not witnessing any cancellations of bookings, although some customers have asked for delayed deliveries due to the health crisis.

"We still have a strong order bank for Urus and also we launched the new Evo RWD in the beginning of the year. This helped us to build the order bank for the year, which will be acting as a big support in terms of getting some decent numbers this year," Lamborghini India Head Sharad Agarwal told PTI.

The company, which sold 52 units of its super luxury vehicles that are priced above ₹2.5 crore in India last year, feels that its sales this year will not match that figure.

"Definitely, we may not hit the same number as last year but this order bank will definitely support us in (preventing) a decline, which is not as bad as the industry," he said, adding "the good thing is whatever order bank we have we have not seen any cancellations and the customers are still committed with us."

Admitting that there are delays in deliveries due to the shutdown of the company's factory in Italy from March 13 to April 25 due to the pandemic, he said there are also some instances where customers are seeking to defer delivery of booked cars by one or two months.

"This is fair because this is the kind of environment which you can't push. Overall, I still see a positive sign that we are not seeing customers coming and saying now I don't want to take the car," Agarwal added.

From June 8, the company had reopened its dealerships after Unlock 1.0 and has resumed about 50 per cent operations. Although the market is moving slowly and gradually, it remains uncertain how the year will go, Agarwal added.

"We have to see how the new orders start coming and we have to see the situation on the ground...The new orders will be slightly slower unless we start seeing positive signals and the business turning more positive because the priorities today are different.

Although the new orders will be primarily for next year, Agarwal said "we are still trying to see orders for November or December production, and then they will start moving for next year. For some models, we are already taking orders for next year."

Agarwal further said the company will resume deliveries from this month as some cars are coming in.

"The factory was closed from March 13 to April 25 and after that the production has started. There are cars which were manufactured in May and June, we are receiving it in July," he said.

He said ever since the relaxation of lockdown, the overall passenger cars market has witnessed demand at the entry level as a lot of people are looking at having personal mode of transportation and they want to avoid public transport.

"So there will be some uptick in demand in the entry level but luxury, premium and super luxury segments will be seeing much sharper decline because in these segments you really don't need a personal mode of transportation, you already have enough cars in the house," Agarwal said.

Stating that it remains quite uncertain as to how the year will pan out, he said, "We are taking each month as an independent unit and trying to work around that because it is very difficult to plan today what you want to do in Q3 and Q4."

He, however, expressed optimism that next year will be better.

"By Q1 next year, things will turn around and we don't see 2021 as a challenge yet. If some positive results come by the end of Q3 and beginning of Q1 in 2021, things will pick up," Agarwal said.