Home Auto News Koenigsegg Cc850 Debuts With 1,385 Hp And A Manual Gearbox But There's A Catch

Koenigsegg CC850 debuts with 1,385 hp and a manual gearbox but there's a catch

Powering the CC850 is a 5.0-litre V8 that has been twin-turbocharged. The engine is designed to be the most responsive and fastest revving engine. To do this the manufacturer has removed the flywheel from the V8 engine. This is the same engine that is also doing duty on the Jesko. The engine produces 1,185 hp of max power and 1,385 Nm of peak torque. On E85 gasoline, the power output is increased to 1,385 hp. Just like the Koenigsegg One:1, the CC850 also achieves a 1:1 power-to-weight ratio. This means that the supercar produces 1,385 hp and has a kerb weight of 1,385 hp. 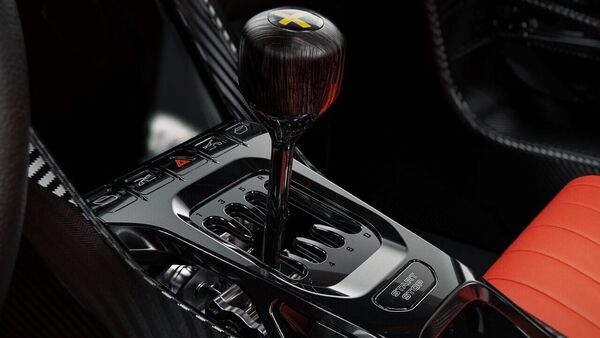 The gear ratios in the manual mode depends on the drive mode that the driver is in.

All of this is electrically operated so the clutch pedal is tied to the manual transmission. The driver needs to operate the clutch if he or she wants to change the gear to manual mode. The car will even stall if the driver bogs the launch. There is also an automatic mode where the car would change the gears itself.