Indian Railways aims to achieve 20% share by the end of 2021-22 and 30% by 2023-24 in transportation of automobiles.While it would generate revenue for Indian Railways, firms like Kia Motors India may reap benefits from moving a larger number of vehicles using railways.
By : Prashant Singh
| Updated on: 15 Oct 2020, 08:44 PM 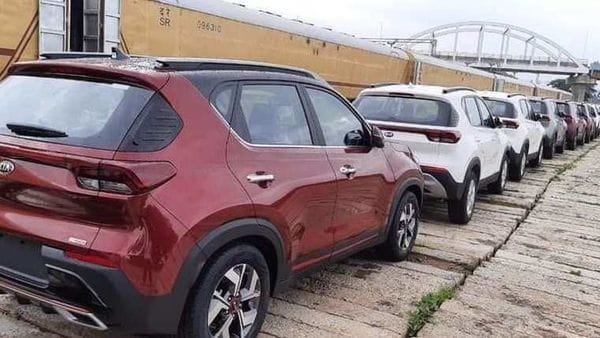 A fresh batch of Kia Seltos, Sonet SUVs was recently spotted getting transported from Indian Railways. While car-hauling trucks are the traditional mode of transportation from one part of the country to another, the Indian Governemnt is encouraging automakers to use Indian Railways which is claimed to be a quicker and more efficient way for vehicle transportation.

Earlier this week on Tuesday (October 13) 50th rake (train) of the Indian Railways’ new modified goods (NMG) wagons were flagged off from the Penukonda junction located in Andhra Pradesh. This junction is just 12 kilometres from Kia's state-of-the-art manufacturing plant in Anantapur district which has an overall 300,000-unit annual capacity.

Indian Railways is attaining new heights in the transportation of automobiles.

From Penukonda, Andhra Pradesh alone, 50 rakes containing close to 5,000 cars have been dispatched till now.#MoveItLikeRailways pic.twitter.com/87qnr4cgPS

In a recent tweet, Piyush Goyal, Minister of Railways and Minister of Commerce and Industry, Government of India, announced, “Indian Railways is attaining new heights in the transportation of automobiles. From Penukonda, Andhra Pradesh alone, 50 rakes containing close to 5,000 cars have been dispatched till now."

From April to September this year, the railways has loaded about 836 rakes of automobiles against 731 rakes in the previous year. And other several car makers are following suit.