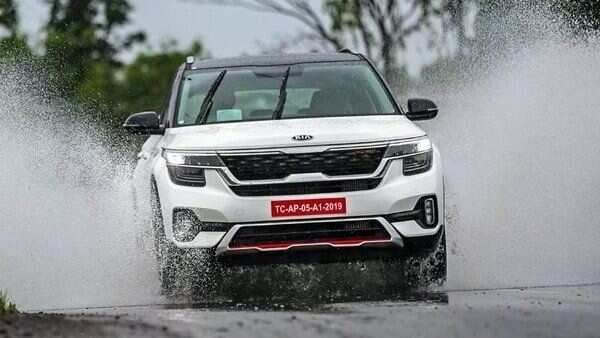 Kia Motors has won four prizes at the annual Car of the Year Russia awards, with accolades for the Kia Picanto, Ceed, Seltos and Stinger.

Kia’s compact city car, the Picanto set a new record for the company, taking honors in the ‘Best City Car’ category for the fifth consecutive year. The Kia Ceed built on its victory last year, branching out from ‘New Product of the Year’, to triumph in the ‘Small middle class’ category. The Kia Seltos took home gold in the ‘Compact SUV’ category, while the brand’s first ever gran turismo model – the Stinger – was named best ‘Grand Tourer’.

The Kia Seltos has, in just six months, become one of Kia’s top-3 best-selling models in Russia. Sales in August 2020 alone show that 1,783 Russian customers opted for the compact model as their car of choice. They also selected Seltos as the ‘Best Compact SUV’.

“The Kia brand has grown in popularity in Russia for many years, and we are extremely proud to have won four awards in the annual Russian Car of the Year contest as a result," said Ho-sung Song, President and CEO of Kia Motors Corporation. "For Kia globally, Russia is one of our most important markets. We have worked hard to be the number one import brand with a 13 percent market share in Russia, and aim to continue our growth in the market in years to come. These four awards are extremely gratifying not only for Kia Motors Russia, but for Kia Motors globally."

Managing Director of Kia Motors Russia and CIS headquarters, Alexander Migal, commented on the results of the Award: “We strive to offer cars that exceed the needs of Russian customers, and our success in the Russian Car of the Year awards – decided by motorists – is the ultimate endorsement of Kia cars. Each model is unique, yet united by common attributes – they are modern, high-quality, well-equipped and visually appealing vehicles. We are grateful to everyone who voted for Kia."

Kia Motors India, with just one Seltos SUV and a luxury MPV in Carnival, has managed record more than ten thousand sales in August. Compared to July this year, the carmaker could sell around 2,000 more this month, mostly thanks to the Kia Seltos SUV's popularity.

In August 2019, Kia's inaugural month in India, the carmaker debuted with 6,236 units selling, all of which were Kia Seltos SUVs. In fact, Kia is the fastest automaker in India to reach 1 lakh sales landmark in just eleven months since the launch of its debut offering Seltos in August 2019.