Lewis Hamilton and Max Verstappen continued to gun at each other at the first-ever edition of Saudi Arabian Grand Prix that saw enormous drama throughout its 50-lap session.
By : HT Auto Desk
| Updated on: 06 Dec 2021, 09:48 AM 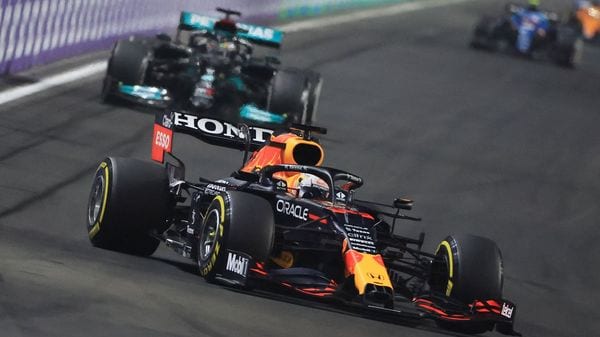 The inaugural edition of the Saudi Arabian Grand Prix was perhaps the most intense race of this Formula One calendar year with interruptions, crashes and outright jostling behind the wheels - on and off the track. There was much drama and while some of it contributed to the entire event being rather exciting, there were controversies galore, especially at the top of the lineup with Lewis Hamilton and Max Verstappen going at each other from word go.

Hamilton and Verstappen are engaged in a tense battle for the top position of driver's standings. While Hamilton eventually won the race at Jeddah and is now tied at the top with Verstappen, there was enormous drama on track to put a Hollywood thriller to shame. And  Federation Internationale de l'Automobile (FIA) - the governing body of motor sports is having to brace for a lot of brickbats from either side of the fence.

Mercedes' Hamilton had taken pole position at the start of the Saudi Arabian Grand Prix with nemesis Verstappen of Red Bull in third place. But the two soon engaged each other in a battle for the first place and kept the battle on despite several restarts and safety car incidents. But the biggest drama was when Verstappen slowed down in the 37th lap - he says it was to allow Hamilton to pass, only for the Mercedes driver to hit him from behind. The German would eventually be given a five-second penalty with Hamilton racing ahead to claim the win.

Could Lap 37 in Jeddah be one of the defining moments of the season? 🤯#SaudiArabianGP 🇸🇦 #F1 pic.twitter.com/vfrLzUVJW9

There is much confusion about what and why what happened, happened. Verstappen had been slapped with a five-second time penalty for a previous incident and had been instructed to let Hamilton pass. He says that is exactly what he was doing. “I was just looking in the mirror and waiting for him to pass," he said. "Maybe there was some confusion going on... they told me on the radio 'let him by' so that is immediately what I did." 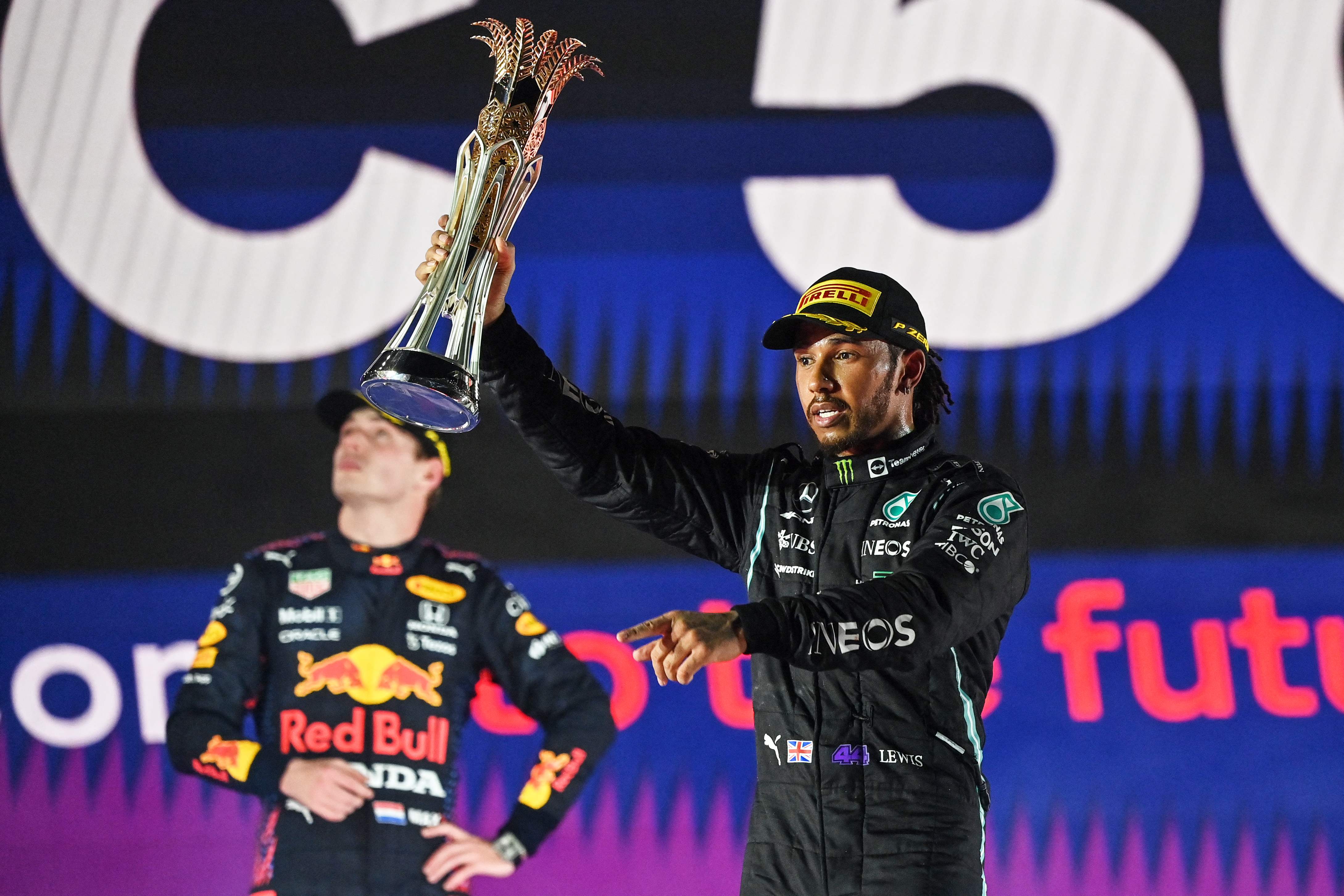 Lewis Hamilton (R) with the trophy on the podium as Max Verstappen looks on. (AFP)

But Hamilton and Mercedes say it was dangerous driving. “I've avoided collision on so many occasions with the guy and I don't always mind being the one that does that, because you live to fight another day. Which I obviously did," said the Briton, who added that he had not received the information that he was going to be allowed to pass the Red Bull.

Fans of both drivers have been going at each other all night long on Twitter with terms like ‘Scamilton’ and ‘Fraudstrappen’ being thrown around. Some of the Red Bull fans have even accused FIA of favouring Mercedes and Hamilton because he was not penalized.

And while it may have been lights out at Jeddah on yet another Mercedes win but it would now all boil down to the 22nd and final race of this season, in Abu Dhabi. Both Hamilton and Verstappen are tied on points at the top but Verstappen is ahead in terms of race wins. Expect fireworks on the track, in the paddocks and on social media when the two once again go at each other.