The Duesenberg Model JN Convertible sedan features a 6.9-litre Lycoming inline-eight engine that generates 265 horsepower.The model is just one out of 10 Duesenbergs that were upgraded to the JN model and only one of the three with a coach built by Rollston.
By : HT Auto Desk
| Updated on: 29 Jun 2021, 10:09 AM 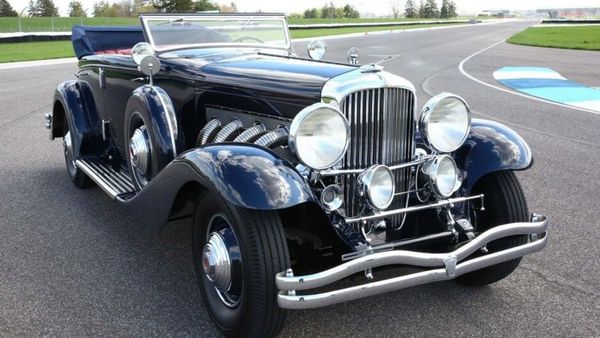 Luxury vintage vehicles usually command a high price when they are sold via auctions but a 1935 Duesenberg Model JN Convertible sedan has become an epitome of opulence. The model was recently sold for a whopping $1.34 million ( ₹9.9 crore approx) via online auction company - Bring A Trailer, in US' Indiana.

The Duesenberg model reportedly broke the record of the most expensive auction for the company. The previous record was held by a 1956 Mercedes-Benz 300SL Gullwing, which sold for $1,234,567 ( ₹9.1 crore approx) in June 2019.

Founded in 1913, Duesenberg's cars were among the world's most elite vehicles for a brief period in automotive history. The sold vehicle is just one out of 10 Duesenbergs that were upgraded to the JN model and only one of the three with a coachbuilt convertible sedan body manufactured by Rollston. However, Duesenberg couldn't continue building these vehicles post 1937 when the US was still reeling under the effects of the Great Depression. 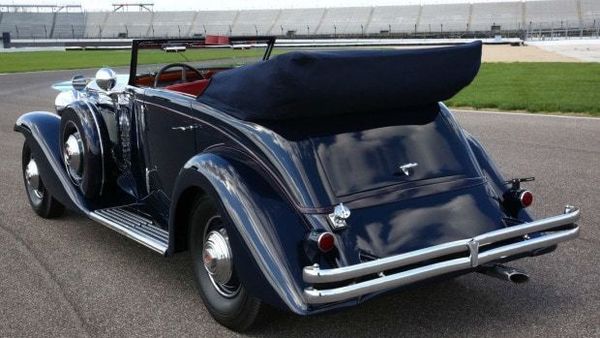 The Model JN Convertible sedan features a 420 cubic-inch (6.9-litre) Lycoming inline-eight engine that generates 265 horsepower (198 kilowatts) - an extraordinary figure for the mid-1930s. The engine is mated to a three-speed Manual Transmission. As for aesthetics, the vintage vehicle's exterior has been done in dark blue and it features a soft top of the same colour. The interior features red leather upholstery on both front and rear benches. Interior features include a marble shift knob, crank windows, dual electric windshield wipers, and a rear robe cord.

Along with the Duesenberg vehicle, the new owner also gets documentation details of its ownership history including old photos of the car.