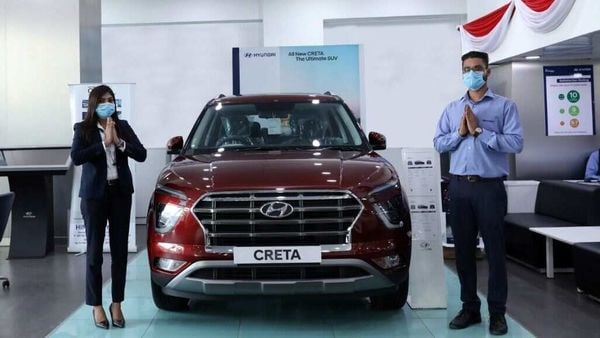 Hyundai has sold 345,777 cars to domestic and overseas markets in April.

Hyundai Motor had one of its best months ever in April when it increased its sales figures by two-fold. The Korean carmaker has announced that it has clocked a year-on-year increase of 106 per cent in India and overseas markets during the period.

In India, Hyundai Motor has clocked an overall sales figure of 59,203 units last month. It is a drop of 8 per cent compared to the previous month when it sold 64,621 units in March. Hyundai also witnessed a marginal drop in its domestic market Korea, where it sold 70,219 units.

However, the Korean carmaker sold 345,777 finished cars to domestic and overseas markets in April. While the overseas sales increased 185.1% to 275,558 units, Hyundai clocked an overall 106% increase from the same month last year.

According to the Korean auto giant, the sales volume increased significantly due to the base effect of the factory production disruption and slow sales performance caused by the Covid-19 last year.

Hyundai Creta and Venue SUVs were the two best-selling models for the carmaker in India. Hyundai managed to sell 12,463 units of Creta SUV in April, compared to 12,640 units it sold in March this year. Meanwhile it also sold 11,245 units of Venue sub-compact SUVs last month, against 10,722 units it could sell in March this year.

A major chunk of Hyundai's sales came from one of its biggest markets in United States. Hyundai reported total sales of 77,523 units, a 128% increase compared with April 2020. It is an all-time monthly sales record for the carmaker in US, beating the previous best ever mark set in March this year.

"Sales in most parts of the world were lacklustre in April due to the pandemic, but a distinct recovery is becoming apparent in North America resulting in a sharp rebound in earnings," Hyundai said in a statement issued by the carmaker.