Honda has unveiled the new Honda Sensing 360 omnidirectional safety and driver-assistive system which helps to remove blind spots, avoid collision and offer assistance to drivers.
By : HT Auto Desk
| Updated on: 18 Oct 2021, 09:52 AM 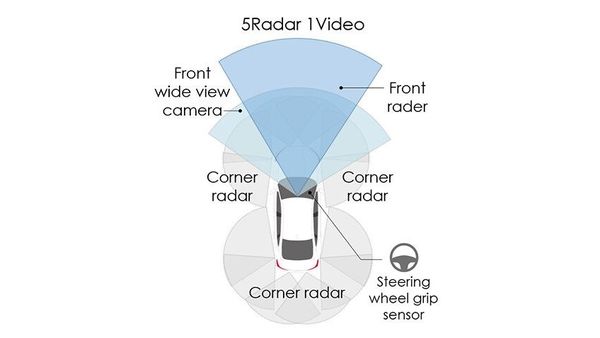 The Honda Sensing 360 will be introduced in Honda cars in China by next year, and will be expanded to all models to be released in developed countries by 2030.

The system essentially helps drivers to check blind spots around the vehicle and avoid road accidents. It uses a front wide view camera with eight sonar sensors in the front and rear. It reviews 360-degree surroundings of a car even on the move.

Collision Mitigation Braking System: When turning left or right at intersections on general roads, vehicles and pedestrians are detected, and if there is a risk of contact, the collision mitigation brake (CMBS) is activated. The Honda Sensing 360 CMBS has evolved further, and the detection range has expanded from only the front to all directions. Supporting collision avoidance and damage reduction at intersections.

Forward crossing vehicle warning: The system notifies the driver about vehicles approaching from the left and right when traveling at low speed at an intersection or when starting off. If there is a risk of contact between the vehicle and the crossing vehicle, the system warns the driver of the danger with sound and meter display, and prompts the driver to drive to avoid a collision.

Collision suppression function when changing lanes: This system helps avoid collisions with vehicles in the adjacent lane approaching from behind when changing lanes. If there is a risk of contact with a rear-side vehicle approaching from the blind spot of the mirror, the system alerts the driver of the danger with sound and meter display and assists in steering to avoid a collision.

Lane change support function: The system works when the Adaptive Cruise Control (ACC) and Lane Keeping Assist System (LKAS) are functional on highways. When the driver operates the turn signal, the system assists the steering operation when changing lanes.

Curve vehicle speed adjustment function: The system helps adjust the vehicle speed appropriately when driving on a curve while ACC is operating. The front camera reads the curve in advance, helping the driver to tackle with relative ease.