Hero Motocorp recently appointed Malo Le Masson as Head of Strategy and Ravi Pisipaty as Head of Plant Operations.
By : PTI
| Updated on: 29 Nov 2020, 09:13 AM 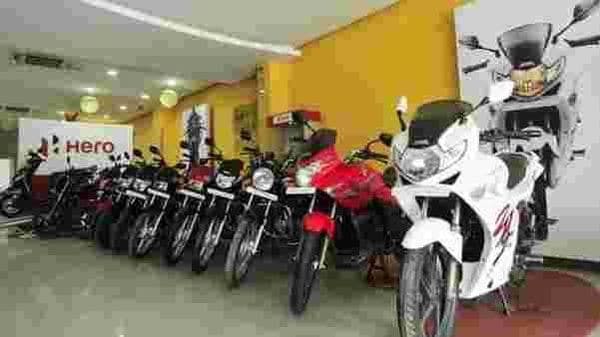 File photo of Hero MotoCorp products in a showroom

Clarke will join the company with effect from January 1, 2021 and report to Pawan Munjal, Chairman and CEO of Hero MotoCorp, the country's largest two-wheeler maker said in a statement.

The Nomination and Remuneration Committee (NRC) of the company has approved the appointment, it added.

His experience will be highly beneficial as the company looks to further consolidate its market leadership across continents, he added.

"We have a clear focus to create benchmark products and facilities, including industry leading processes and operations. Mike will contribute by playing a vital role in providing strategic leadership in operational excellence and driving the talent agenda at Hero MotoCorp," Munjal noted.

Clarke's appointment comes close on the heels of recent strengthening of the leadership team at Hero MotoCorp.

(Also read | Hero MotoCorp sells over 43,000 units per day over 32 days of festivities)

As part of this process, the company had earlier announced assigning the role of Head of Strategy to Malo Le Masson and expanded the role of Ravi Pisipaty as the Head of Plant Operations.

Besides, Sanjay Bhan has returned to the company as the Head of Global Business to play a key role in the rapid expansion and consolidation of the company in the international markets.

Mahesh Kaikini, the Head of Gurugram plant, has been appointed as the Chief Quality Officer, while Ashutosh Varma has been elevated to the role of Head of National Sales.

Clarke has more than 25 years of global experience in publicly listed companies in the US and UK. He has worked in leadership roles in various companies such as Fiat Group SPA and Delphi Technologies.