The petitioner has cited various hefty fines that had been issued due to faulty equipment and sought to rectify the arbitrary and faulty mechanism of issuing challans under the Motor Vehicle Amendment Act.
By :
| Updated on: 15 Dec 2020, 02:36 PM 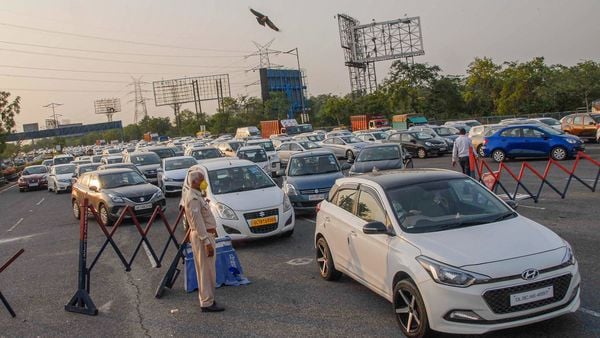 The Delhi High Court on Tuesday directed the authorities concerned to treat as a representation a public suit seeking to remove the alleged faulty system and deploy appropriate technology to issue fines and challans under the Motor Vehicles (Amendment) Act of 2019.

The public interest litigation (PIL) sought to standardise and upgrade the technology pertaining to monitoring of traffic violation equipment in consonance with international standards.

A division bench of Chief Justice DN Patel and Justice Prateek Jalan asked advocate Sonali Karwasra, petitioner lawyer, to approach concerned authorities, which will treat her petition as representation and decide it as per laws.

With these directions, the court disposed of the plea filed by advocate Sonali Karwasra.

Karwasra claimed that the need of the hour is to ensure the standardisation of technology used in monitoring traffic violations and proper guidelines in consonance with international standards for the efficient implementation of the Motor Vehicle Amendment Act.

The petitioner has cited various hefty fines that had been issued due to faulty equipment and sought to rectify the arbitrary and faulty mechanism of issuing Challans under the Motor Vehicle Amendment Act.

The petitioner sought to ensure the presence of proper infrastructure for monitoring the traffic violation and its effective functioning. It also sought directions to the Traffic Police to device a mechanism where the online traffic challan available on its website can be accessed only after an OTP authentication on a registered mobile number or any other verifiable mode.

The plea also sought directions to put information regarding the technology being installed to monitor the traffic violations pertaining to the errors/limitations/restrictions and to provide appropriate training and guidelines to the Traffic Police to calibrate and use the equipment for monitoring of traffic violation in an efficient manner.

It sought directions to the respondents for the formation of a committee, to re-assess the effectiveness of the technology already in place and replacement of the outdated technology in consonance with international standards, with members having technical know-how.