Gold-plated Bond model car to be auctioned off

EON Productions, the creators of the Bond film franchise, has commissioned a special one-off model of the British secret agent\'s most iconic car -- the Aston Martin DB5.
By : AFP
| Updated on: 09 Sep 2014, 15:15 PM

EON Productions, the creators of the Bond film franchise, has commissioned a special one-off model of the British secret agent's most iconic car -- the Aston Martin DB5.

A perfect one-third scale representation, it features a host of remote controlled working gadgets and is even gold-plated as a nod towards 'Goldfinger,' the Bond film in which the car made its cinematic debut and also a reference to the method in which its titular villain dispatched of his victims.

Built by Propshop, the company that provided scale models of the DB5 for special effects scenes in the most recent Bond Film, 2013's 'Skyfall,' the car was commissioned for a special online charity auction for the NSPCC which will be held by Christie's. 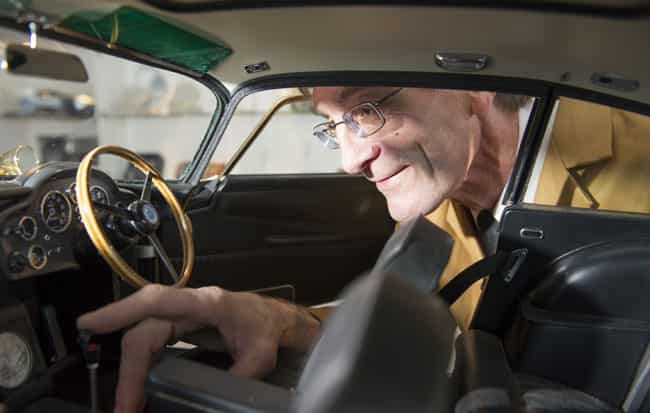 Other notable lots include an equally unique 'Goldfinger' Omega Seamaster Aqua Terra wristwatch. Made in 18k yellow gold, the hands are coated with Super-LumiNova so that they can be read in all conditions and, continuing the secret agent theme, the counterweight to the mechanism has been crafted in the form of the 007 logo. It is estimated to fetch between $13,000-20,000 (£8,000-12,000).

Nicolette Tomkinson, Head of Popular Culture at Christie's, said: 'The Aston Martin DB5 is clearly an iconic sports car. However this Goldfinger model version, with 24-carat gold detailing, is truly unique and as such we anticipate worldwide interest and competitive bidding. We are confident that this online-only sale will raise a significant sum for the NSPCC.'