The decision comes as recovery from the Covid-19 crisis has been slowed by social-distancing protocols, supply-chain constraints and elevated worker absences.
By : Bloomberg
| Updated on: 26 Aug 2020, 08:23 AM 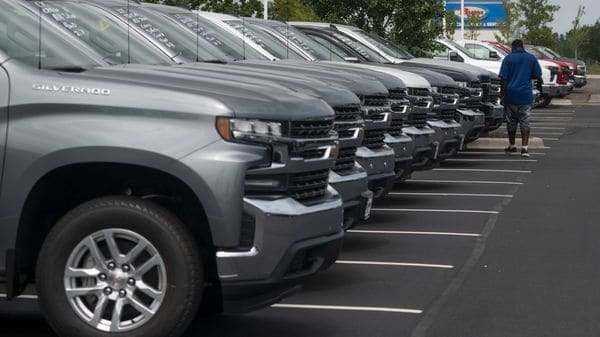 General Motors is using salaried staff for assembly-line work at its Missouri truck plant to cope with high absenteeism and strong demand.

General Motors Co is using salaried staff for assembly-line work at its Missouri truck plant to cope with high absenteeism and strong demand for the pickups made at the factory.

The decision to put white-collar employees on the production floor is a temporary move as GM shifts unionized hourly workers from other plants to its Wentzville, Missouri, factory, which makes the popular mid-sized Chevy Colorado and GMC Canyon trucks.

A faster-than-expected sales rebound after an industry-wide shutdown this spring is pushing GM and other automakers to ramp up output, but that recovery has been slowed by social-distancing protocols, supply-chain constraints and elevated worker absences.

An uptick of Covid-19 infections in the community near St Louis is exacerbating absenteeism as Wentzville tries to replenish inventories of pickups, Jim Cain, a company spokesman, said Tuesday. A few dozen salaried staff have volunteered for at least one week on the assembly line.

“It’s an unusual step, but it’s necessary in this case," he said.

GM’s move is similar to Honda Motor Co.’s effort to get its production back on track. Last month, the Japanese automaker tapped some white-collar employees to work the assembly line at its non-union Marysville, Ohio, plant on an interim basis due to a coronavirus-related staff shortage.

GM originally planned to cut production in Wentzville to two shifts last month to accommodate absences. But instead it has kept the third shift -- in part by relying on white-collar employees -- as it transfers hourly workers from other plants, including its factory in Spring Hill, Tennessee.

The use of salaried workers in Wentzville was first reported by the Detroit Free Press.

The United Auto Workers union, which represents GM workers, is protesting the moves in Wentzville as a violation of its labor agreement with the automaker.

“We have strenuously objected," said Brian Rothenberg, a UAW spokesman. “We’ve filed grievances on the local level, which is where that process starts. We’re hopeful it gets resolved quickly because the contract is clear."

Detroit rivals Fiat Chrysler Automobiles NV and Ford Motor Co said they have no plans to follow GM by asking salaried employees to join blue-collared workers on their assembly lines.