Geneva International Motor Show joins high-profile casualties of the virus including the Mobile World Congress in Barcelona, the biggest annual showcase for the telecoms sector.
By : Bloomberg
| Updated on: 02 Mar 2020, 09:11 AM 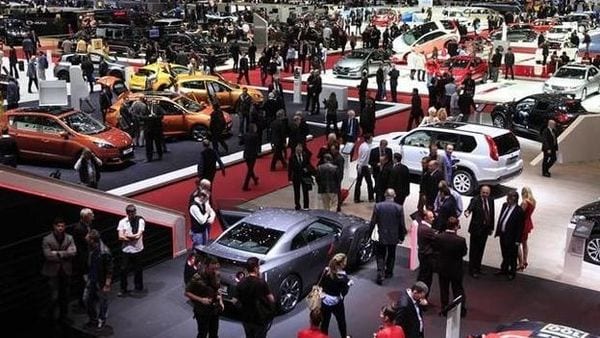 One of the auto industry’s marquee events fell victim to the coronavirus epidemic, with organizers of the Geneva International Motor Show pulling the plug as the outbreak spreads in Europe.

The trade fair, which was due to start Monday, has being canceled as a force majeure after the Swiss government barred large gatherings, the organizers said in a statement Friday. The virus reached Switzerland this week and neighboring Italy reported hundreds of cases. Bloomberg News reported earlier the show was called off.

“The financial consequences for all those involved in the event are significant and will need to be assessed over the coming weeks," the statement said, adding that exhibitors will start dismantling stands and tickets for the event will be refunded.

The expo is among the automotive sector’s glitziest, with a high proportion of luxury and sports models on display, and organizer Palexpo SA had been pushing ahead with plans. Earlier this week it pledged to step up hygiene and health warnings and urged participants to screen staff for symptoms.

The viral outbreak that began in China has spread to 52 countries and territories, with Italian cases centered on northern provinces that border Switzerland. Geneva, home to the World Health Organization, which is fighting the epidemic, is a three-hour drive from Turin, where Fiat Chrysler Automobiles NV has an operational base.

German manufacturers Daimler AG and Audi AG said they supported the decision to cancel the show.

The luxury-watch industry’s Watches & Wonders Geneva, planned for April, was canceled Thursday, while the rival Baselworld expo was considering whether to go ahead. Together the events are the sector’s biggest trade fairs.

The motor show joins high-profile casualties of the virus including the Mobile World Congress in Barcelona, the biggest annual showcase for the telecoms sector, scrapped after a succession of tech giants from Ericsson AB to Sony Corp. to LG Electronics Inc. pulled out citing concerns around the virus.

A car show in Beijing scheduled for April has also been postponed, while the Singapore Airshow went ahead earlier this month in front of sparse crowds and with scores of companies steering clear as the virus spread beyond China.

Executives from carmakers spanning Volkswagen AG, Daimler AG and BMW AG to Honda Motor Co. and Toyota Motor Corp. were due to attend the Geneva show, which spans 10 days and was first staged in 1905. The expo was last canceled during World War II and its aftermath.