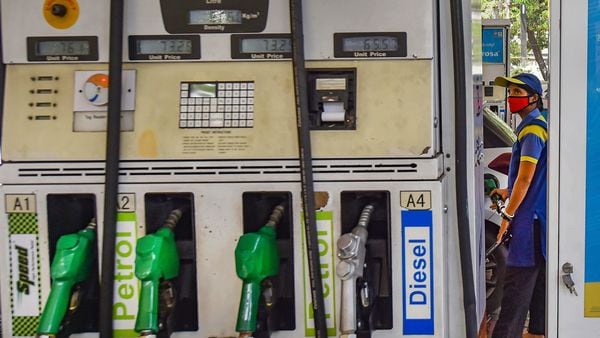 So far, this month, the price of petrol in the national capital has gone up by ₹4.63 a litre while that of diesel rose by ₹4.84 per litre. The latest price hike has taken the cost of one litre petrol in Mumbai to ₹97.34 while a litre of diesel there costs ₹88.44.

The steady increase in fuel prices has been attributed to the steep rise in global crude oil prices, thus taking the price of petrol and diesel in India to a record high. However, in India, taxes make up the majority part of the retail price of the fuels. Over 56% of the retail selling price of diesel and about 61% of petrol constitute central and state taxes.

(Also read | As petrol hits century, CNG may be the all-rounder of the mobility game)

Earlier this month, Union Finance Minister Nirmala Sitharaman had announced that the Agriculture Infrastructure and Development Cess (AIDC) will also be imposed on the fuels, increasing the price of petrol by ₹2.5 per litre and of diesel by ₹4 per litre.

While India exports petrol and diesel to neighbouring countries, the prices here are the highest in the South Asian region. This has also resulted in the exported fuels being smuggled back to India via porous land borders.

Steady rise in increase of fuel prices have also led to many people turning to CNG as a daily commute option. A CNG vehicle typically does have a higher upfront cost. At around ₹43 per kilo, a CNG vehicle can travel for around 20 kilometre, making it a viable option.