Ford recalls more than 660,000 Explorer SUVs due to issue in roof rail cover

Ford's dealers will install push-pins and replace any damaged rail clips and roof rail covers on the affected Explorer SUVs.
By : HT Auto Desk
| Updated on: 10 May 2021, 10:00 AM 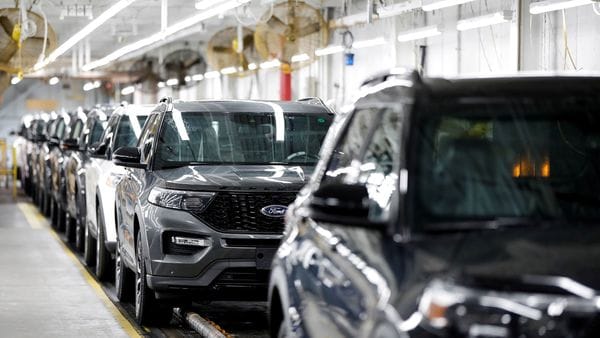 Ford Motor is recalling 661,000 Explorer SUVs in North America on a request from US safety regulators after they found out that there is some fault in the retention pins that hold the roof rail cover of the vehicles. These pins could loosen and allow roof rail covers to detach from the moving SUV.

The recall covers model years from 2016 to 2019 and includes 620,483 vehicles in the United States, 36,419 in Canada and 4,260 in Mexico. It involves Explorer SUVs which have roof rails painted in silver, black or absolute black.

Ford will start sending notifications to the owners of the affected vehicles from June 28 onwards. The company's dealers have been asked to install push-pins and replace any damaged rail clips and roof rail covers.

The first enquiry into this issue by made by the US National Highway Traffic Safety Administration in early 2020 after coming across 11 reports of roof rail cover detachment in Ford Explorer SUVs. In April in the same year, the safety agency requested the automaker to issue a recall which the latter denied saying that the recall was not necessary. The reason given by Ford was that there is low likelihood of a roof rail detaching due to its less weight and the fact that the drivers would likely detect a loose roof rail cover before it detaches.

Late in November 2020, the carmaker informed that it would extend its warranty to cover the roof rail issue for 10 years or 150,000 miles. Post the launch of the warranty, Ford continued to monitor field data. However, in April this year, in a review meeting with the safety agency, the carmaker was requested to conduct the recall.

Ford has said that it is not aware of any accident or injury related to the issue.