Ford is cutting shifts at two plants that build its flagship F-150 pickup trucks starting next week due to a global shortage of semiconductor chips.
By : Reuters
| Updated on: 05 Feb 2021, 08:57 AM 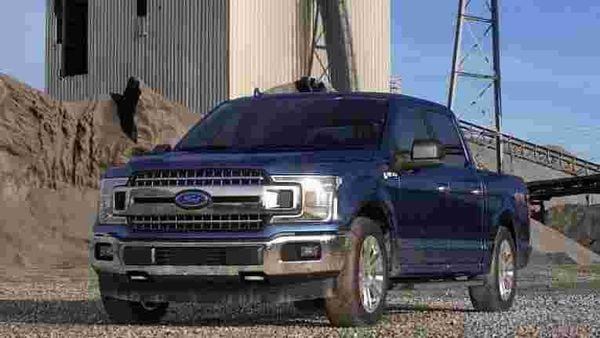 Ford Motor Co on Thursday more than doubled the amount of money it plans to invest on electric and autonomous vehicles, to $29 billion, even as it posted a fourth-quarter net loss of $2.8 billion.

The No 2 US automaker also said the global semiconductor chip shortage could lead to a 10% to 20% loss in first-quarter production, resulting in a potential hit to operating earnings of $1 billion to $2.5 billion. But its shares gained 1.5% in after-hours trading as the fourth-quarter operating results and 2021 profit forecast were above Wall Street's expectations.

"If EVs continue to quickly gain favour, especially with commercial customers, we want to be clear that we will not cede ground to anyone," Chief Financial Officer John Lawler told reporters on a conference call.

Ford said it was "doubling down" on connected electric vehicles and said it will invest $22 billion in electrification through 2025, nearly twice what it had previously committed to EVs. Ford also said it would invest $7 billion in self-driving, or autonomous, technology development over 10 years through 2025 – $5 billion of that from 2021 forward.

"We are accelerating all our plans," Chief Executive Jim Farley said, including increasing battery capacity and adding more electric vehicles in its future portfolio.

He said on a conference call with analysts that the $22 billion investment does not include potential investment in battery production, whether through at Ford itself or via a joint venture. He added that Ford will have more announcements soon around its EV partnerships.

Ford previously committed to invest $11.5 billion in electrification, including gasoline-electric hybrid vehicles, through 2022. That included the launch of the Mustang Mach-E EV crossover, and electric versions of the F-150 pickup and Transit van.

A Ford spokesman said the $22 billion includes hybrid vehicles, but the commitment is "overwhelmingly" on EVs.

US rival General Motors Co has said it will spend $27 billion by 2023 on electric and autonomous vehicles, a total that does not include hybrids. It said it plans to offer 30 EVs globally by 2025 and is targeting topping annual sales of 1 million EVs in the United States and China by 2025.

Ford had a loss in the fourth quarter of $2.8 billion, or 70 cents a share, compared with a loss of $1.7 billion, or 42 cents a share, a year earlier. The quarter included several previously disclosed charges related to a recall, remeasurement of pensions and the closure of the company's Brazilian manufacturing operations.

The Dearborn, Michigan-based company projected operating earnings would climb to $8 billion to $9 billion in 2021, compared with $2.8 billion last year. Credit Suisse analyst Dan Levy said in a research note the forecast was above Wall Street consensus expectations for $6.9 billion.

The forecast includes a $900 million non-cash gain on Rivian, the electric vehicle startup in which Ford has invested, but does not include the effect of the ongoing global semiconductor shortage. Farley said the Rivian investment was strategic despite Ford previously shelving a vehicle based on a Rivian platform.

Ford ended the quarter with nearly $31 billion in cash and $47 billion of liquidity, compared with almost $30 billion and more than $45 billion respectively in the prior quarter.

Its operating margin in the fourth quarter was 4.8%, compared with a full-year target of 8%.