Firefighters smash windows of a parked BMW during emergency. Here's why

Firefighters in New York smashed the front windows of a BMW so that they could get the water hose straight through the car and cool down a burning house.
By : HT Auto Desk
| Updated on: 20 Aug 2020, 09:06 AM

It was not a very lucky day for a 2005 BMW 5-Series owner whose car windows were smashed by firefighters during an emergency operation recently in New York. The black BMW was parked right in front of a water hydrant on the street where a three-storey building had caught fire.

The firefighters quickly smashed the BMW's two front windows so they could get the water hose straight through the the car and cool down the burning house. "A quick thinking chauffeur worked around an illegally parked car. These, minute saving actions, allowed firefighters to get water flowing quickly, keeping the fire contained to the one house of origin," said the NYC Fire Wire in its Facebook post. 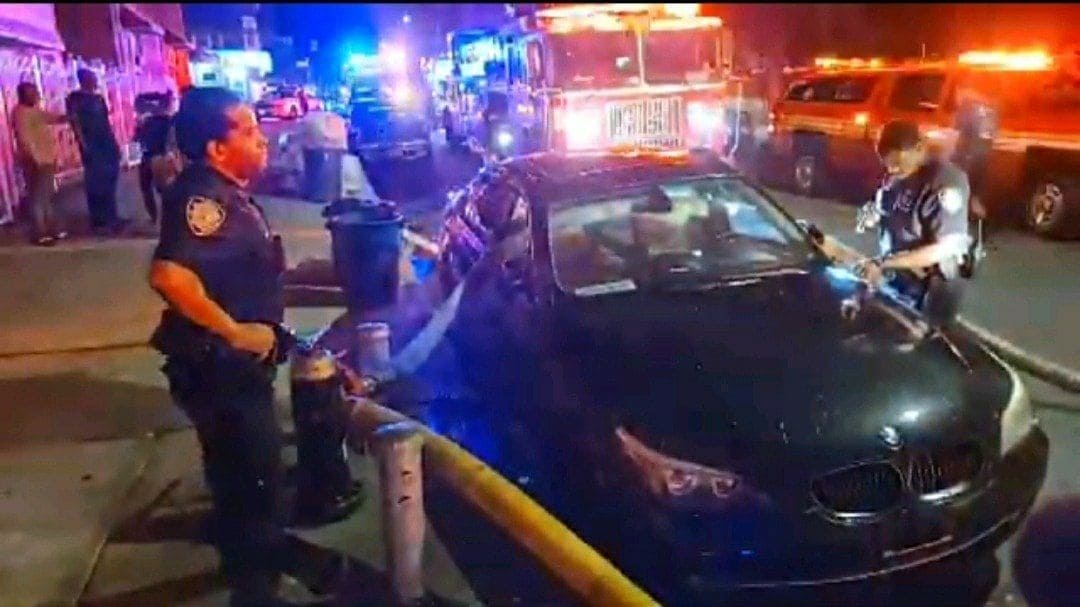 The BMW had been left in front of the hydrant for four days before the incident took place after the battery died on the car’s keyless remote, New York Post reported. "They fuck up my car and it is going to cost me a bag of money. They didn’t have to do that," the car’s owner was quoted as saying.

The owner will likely also face a fine of $180 for parking in front of the hydrant and will have to part with several hundred dollars to get both the windows fixed.

When a Twitter user asked why did the firefighters have to smash the windows and did not run the hose over the car's hood, a firefighter took it in her hands to give an explanation. "Going over the hood and having to backtrack to the hydrant would create a nasty kink in the hose. The hose is a supply line, so any reduction in water would be a danger to Firefighters," she wrote.