Fiat Chrysler and PSA will form the world’s fourth-largest carmaker.Representatives from both companies say the target is to complete the merger by the first quarter of the next year.
By : Bloomberg
| Updated on: 18 Dec 2020, 08:58 AM 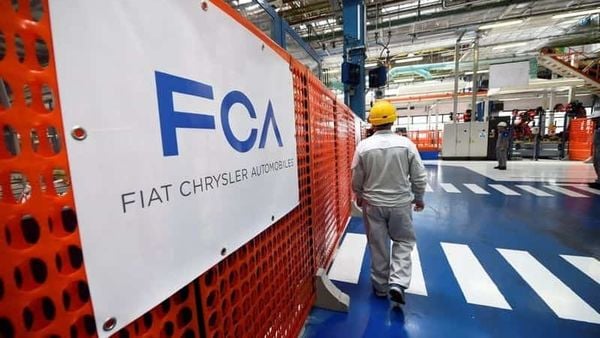 FILE PHOTO: A Mirafiori FCA worker walks at the Mirafiori industrial complex on the 80th birthday of the plant in Turin, Italy July 11, 2019. REUTERS/Massimo Pinca/File Photo

Fiat Chrysler Automobiles NV and PSA Group are pressing to complete their merger ahead of schedule as disruptions to the auto industry add urgency to their efforts to realize synergies from joining forces.

The two companies that would form the world’s fourth-largest carmaker are aiming to seal the deal by the end of January, according to people familiar with the matter. European antitrust approval is expected by the end of the year, and if that timeline slips, the companies still expect to hold meetings Jan. 4 to get sign-off from shareholders, said the people, who asked not to be identified because the discussions are private.

Fiat Chrysler and PSA are eager to sew up the merger and get on with the work of squeezing the roughly 5 billion euros ($6.1 billion) of annual savings from cooperating as one company called Stellantis, they said. Tesla Inc. has emerged as far and away the world’s most valuable automaker this year by reaching high volumes of electric vehicle sales faster than incumbents that were hit hard by the pandemic.

Representatives of PSA and FCA confirmed the target to complete the combination in the first quarter of next year.

The two carmakers, which have a combined market value of about 42 billion euros, said in a regulatory filing last month that their Dutch-domiciled parent company will be listed on Paris’s Euronext, Milan’s Borsa Italiana and the New York Stock Exchange.

Stellantis will announce its full management structure as soon as next month, with Fiat Chrysler Chief Executive Officer Mike Manley expected to stay in an important role, the people said. PSA’s Carlos Tavares already has been designated CEO of the combined entity.