Since May 1, the Transport Department of the Delhi government has conducted more than 2,500 driving tests on three automated test tracks located in various parts of the city.
By : HT Auto Desk
| Updated on: 26 May 2022, 10:22 AM 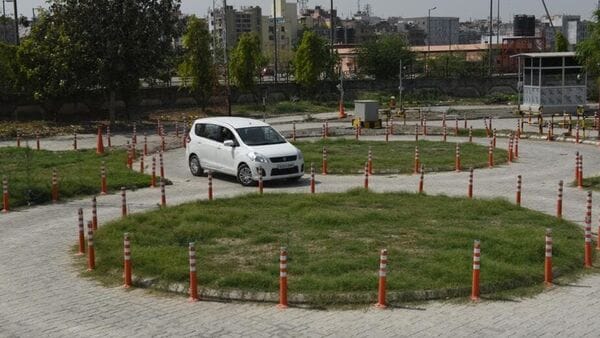 Need a driving licence but don't have time to go for driving test during the day? Delhi now offers DL seekers to undergo driving tests at automated tracks across the city even after sunset. Three automated driving test tracks, located in Shakurbasti, Mayur Vihar and Vishwas Nagar have started conducting evening driving tests since May 1. This will help not to skip office and yet undergo this test even on weekdays. The driving tests here are conducted between 5 pm and 7 pm. Only 45 applications will be approved for tests daily on each track.

The automated driving test tracks will test as many as 20 essential driving skills under the Motor Vehicle Act. The centres will have an Electronic Queue Management System (EQMS) for token distribution. As many as six servers have been set up to monitor the driving tests and share results. 17 high-resolution CCTV cameras will be used to capture real time footage and images of driving tests for close monitoring. The results will be uploaded online by Sarathi.

On Wednesday, Kailash Gahlot, Transport Minister of Delhi inaugurated the Automated Driving Test Tracks at the three locations. “We had a successful pilot and some very happy drivers who could save their valuable daytime working hours because of the evening test facility. We've already conducted 2500 DL tests in the evening/ night shift since May 1," said Gahlot.

"The night testing facility is as good as a daytime one. We’re also adding eight new automated driving test tracks (ADTTs) at educational institutions, which is in its tendering stage. This will be a major step in decreasing waiting times," he added.

The Delhi government had initiated trial of these tracks earlier this year. It tied up with Maruti Suzuki Foundation to set up 12 such tracks across the national capital. Rosmerta Technology Limited has been appointed as the agency to look after the 12 automatic driving test track centres.