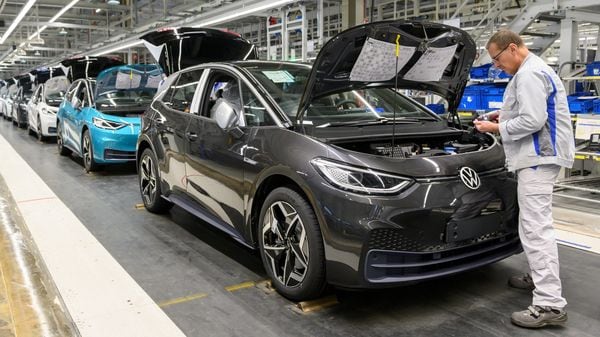 Volkswagen AG said its prospects are improving in China while a question mark is hanging over Europe as the coronavirus outbreak spreads.

“For China I’m quite optimistic," Chief Executive Officer Herbert Diess said in a Bloomberg TV interview on Friday. “We expect that over the rest of the year there is the potential to recover."

The world’s largest automaker has so far proved relatively resilient to the demand shock from coronavirus, which last month emptied dealerships in the Asian country, its biggest market. Current scenarios for China range from a 3% to 15% market drop for 2020, he said.

Nearly all of VW’s Chinese plants are running, and sales there are picking up, Diess said. “We still think in China it could be a decent year."

In Europe, where infections are on the rise, sales are fair but “it’s very difficult to say" how the crisis will play out, Diess said. Governments aren’t aligned in the measures they’re taking, and he’s concerned that border closings could slow the movement of parts, especially between Germany and northern Italy.

“This is a big concern for us," Diess said. “If this were to be a disruption in the short run we would have to shut down some plants."

VW is extending lessons from the outbreak’s starting point in China to its global operations encompassing some 600,000 workers, Diess said. VW has asked employees to keep their distance from each other, keep meetings small and limit travel. He praised the Chinese government for focusing on “finding the right balance between containing the virus and pushing for economic growth."

Despite measures it’s taken, VW has had a small number of cases, including in Mexico, Diess said. On Thursday, the German company said it would temporarily close its Lamborghini supercar plant outside of Bologna in northern Italy, an area hard-hit by the virus.

VW said this week it would continue its massive push into electric cars, despite a drop in oil prices that may lower the cost of driving combustion cars.