Donald Trump says he has given car companies the go-ahead to make medical supplies to battle coronavirus.Car companies appear clueless about how to switch manufacturing processes.
By : Bloomberg
| Updated on: 23 Mar 2020, 12:27 PM 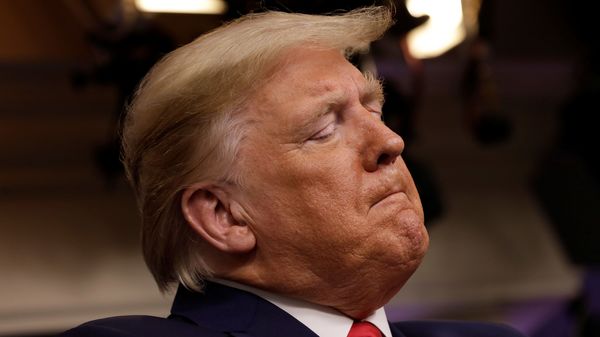 File photo of US President Donald Trump during a new conference related to coronavirus pandemic.

President Donald Trump caused consternation in Washington, Detroit and beyond when he tweeted on Sunday that he had given automakers the “go-ahead" to start producing ventilators and other equipment desperately needed in the coronavirus pandemic.

No one seemed to know what this pronouncement meant.

Ford, General Motors and Tesla are being given the go ahead to make ventilators and other metal products, FAST! @fema Go for it auto execs, lets see how good you are? @RepMarkMeadows @GOPLeader @senatemajldr

What is clear, though, is that companies were already racing to try to determine how -- or if -- they could contribute. And that they recognize there will be no easy switch-over to manufacture something like a ventilator, which pumps oxygen into a Covid-19 patient’s lungs and removes carbon dioxide through a hose.

“You’re not going to take a car-assembly line and start making ventilators on it," said Carla Bailo, chief executive officer of the Center for Automotive Research in Ann Arbor, Michigan. “It won’t make sense."

But an industry with engineering might and a deep field of parts suppliers could help alleviate the stark shortage of ventilators, respirators and other devices across the U.S. Automakers are scrambling to see if they can orchestrate makeshift manufacturing of ventilators in as early as two weeks.

“It’s more or less getting an army together to get all the different parts and then you can set-up a makeshift assembly line," Bailo said.

Automakers have 3D printers and the technical expertise to use them to make components. They have “clean rooms" in some plants that could be elevated to meet Food and Drug Administration standards, and Tyvek suits used in paint rooms that could be repurposed, said a person familiar with the Detroit automakers’ preparations to help with ventilator production who not to be identified revealing internal deliberations.

Swat teams have been assembled to tackle the question of how to proceed," Bailo said, adding that “the key will be making sure they have the right sanitary conditions."

That’s one hurdle. “Ventilator manufacturing is a complex process that relies on a skilled and specialized workforce, an interconnected global supply chain and a rigorous regulatory regime to ensure patient safety," said John Jordan, a spokesman for Medtronic Plc, which assembles ventilators in Galway, Ireland.

Trump could, with the Defense Production Act, order the U.S. private sector to marshal its resources to attack the scarcity and provide financing via government contracts. There has been confusion about whether the president has actually done so.

For now, Trump said at a Sunday press conference, companies are responding without having to be forced.

“Well, we are using it now. The fact that I signed it, it’s in effect," Trump said.

“The beauty is, they are calling us," he continued, citing General Motors Co. and Ford Motor Co. and their interest in working on ventilators. “We have the threat of doing it if we need it. We may have to use it somewhere along the the supply chain in a minor way." 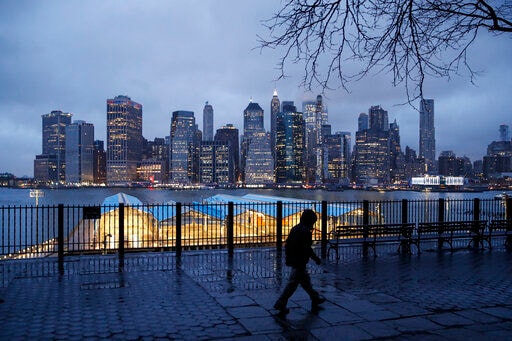 Nearly 2,000 people with the virus have been hospitalized in the state of New York and 114 have died as on March 22. (AP)

Trump critics denounced him for not using his presidential powers. Groups representing hospitals and medical professionals issued pleas for the act to be employed in full force.

“There are dwindling supplies," the American Hospital Association, the American Medical Association and the American Nurses Association said in a March 21 letter to the president. “As Covid-­‐19 continues to spread throughout the country, these supplies are urgently needed to care for our patients and communities."

The administration appears not to think this is not necessary. “The private-sector’s response, to date, to his direction has been overwhelming, fulfilling government-identified needs faster than anyone thought possible," a senior Trump official said Sunday, asking that he not be named.

In any event, the big automakers have indeed signaled that they are committed to an emergency effort. “It’s all hands on deck in many areas," Bailo said. And there are some sweet spots on the line of what car-production involves. “If you think about the hoses, there are hoses all over a car, supplied by various manufacturers, or even vacuum cleaner companies. They could start making the ventilator hoses." 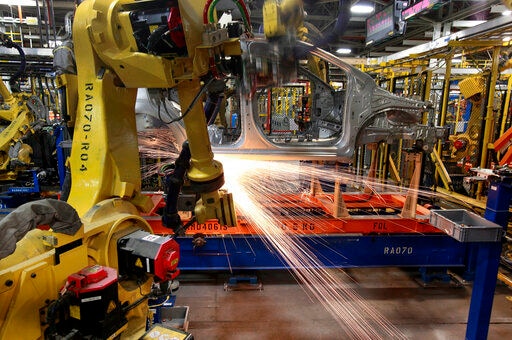 File photo of a GM factory in the United States, (AP)

GM said it’s forming a collaborative venture with Ventec Life Systems Inc. to help that company increase production of ventilators. Ford said it is “moving fast" and has had “preliminary discussions with the U.S. and U.K. governments," without offering specifics.

Medtronic Plc, which has said it’s doubling its output capacity, has been in contact with electric-car maker Tesla Inc. “Medtronic will work with Tesla and others to try and solve this ventilator supply challenge," Rob Clark, a spokesman for Dublin-based Medtronic, said by email last week, without providing details.

Tesla CEO Elon Musk tweeted, “We will make ventilators if there is a shortage." He also said that “I think they probably won’t be needed."

That seems clearly not to be the case. Michigan Governor Gretchen Whitmer said Sunday on Fox News. “We anticipate an incredible need for ventilators, just as every other state is anticipating."