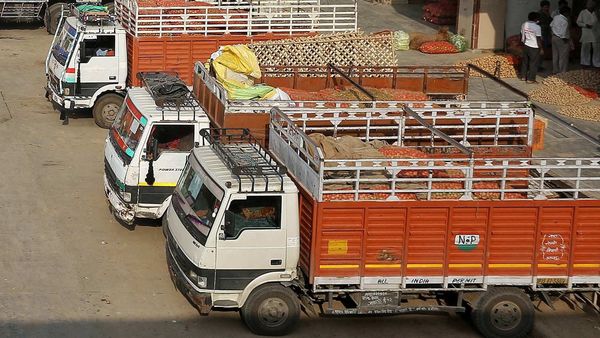 The report also said a quick recovery in sales volume of commercial vehicles is critical as a slower rebound can elongate the pain for manufacturers.

Commercial vehicle manufacturers are expected to incur a massive net loss to the tune of ₹6,000 crore in the current financial year, with the volume likely to touch its lowest point in a decade after two consecutive years of high de-growth, Ratings agency Crisil said on Thursday.

In the April-June period of financial year 2021, as per data, the total CV (commercial vehicle) sale in the country stood at 31,636, a decline of 85 per cent year-on-year as the country remained in the coronavirus-induced lockdown for most part of the June quarter and, most of the trade and business activities coming to a temporary halt.

A 30 per cent decline in sales volume on an already weak base would lead to a nearly six-fold increase in a net loss to ₹6,000 crore for commercial vehicle (CV) makers this fiscal, Crisil Ratings said in the release.

“Two consecutive years of high de-growth are likely to result in CV volume reaching its lowest point in 10 years. With utilisation down to a third, high fixed costs would dent the profitability of CV makers, " said Manish Gupta, Senior Director, Crisil Ratings.

Noting that commercial vehicles are a critical logistical link to the economy, it said a quick recovery in sales volume is critical as a slower rebound can elongate the pain for manufacturers.

According to Crisil, the CV makers were already hit by new overloading norms and a slowing economy when the Covid-19 pandemic arrived, and sales volume had fallen 29 per cent in the fiscal year ended March 2020.

In the first quarter of this fiscal, volume plunged another 85 per cent because of the pandemic-driven lockdown, it said.

"The resultant sharp slowdown in industrial activity has hard-braked sales of medium and heavy commercial vehicles (MHCVs), which account for two-thirds of the industry revenue. Sales of light commercial vehicles (LCVs) may fare better with support from the rural economy and private consumption," Crisil stated.

Noting that the situation could constrain credit metrics in the current fiscal, the ratings agency said that the credit profiles of manufacturers will be supported by strong balance sheets and comfortable cash buffers

Moreover, manufacturers may partly absorb BS 6 upgrade costs in their quest to stimulate demand. That could drive down segment operating margins to near-zero from an already low 6 per cent in fiscal 2020, and increase losses, said Gupta.

Cash flows may stretch further as manufacturers will tend to support key stakeholders to reduce stress across the value chain and help them rebound next fiscal – such as by providing dealers leeway on payment terms and making timely payments to auto-component suppliers, Crisil said.

However, that would temporarily increase the working capital requirements and raise the industry's debt by almost a third to ₹40,000 crore this fiscal, it said.

Consequently, credit metrics of the sector would be constrained, but credit profiles will be supported by strong balance sheets and expectation of a bounce-back next fiscal, it added.

“The pandemic struck when the industry's gearing was 0.5 times – a shade lower than the year before the previous downturn in 2014. Despite the rise, we expect the gearing to be comfortable at 0.7 times by the end of the current fiscal.

According to Crisil while rising debt and weak profitability may constrain interest cover to nearly 1.5 times this fiscal from an average 7.1 times in the past five years, the number should recover next year with sales volume.

The recovery is predicated on an expected pick-up in both industrial activity and private consumption, said the release adding commercial vehicles are a critical logistical link to the economy and hence sales volume is likely to bounce back next fiscal to reach almost fiscal 2020 level.

That would substantially pull up the profitability of manufacturers, reverse the working capital stretch and restore credit metrics, it said.