Home Auto News Own A Cng Car? Get Ready To Shell Out More To Refuel Soon

Own a CNG car? Get ready to shell out more to refuel soon

Centre has announced a hike of 62 per cent on the price of natural gas, which is turned into CNG, on Thursday. This is likely to make an impact on CNG prices across the country.
By : HT Auto Desk
| Written By : Sabyasachi Dasgupta
| Updated on: 01 Oct 2021, 10:23 AM 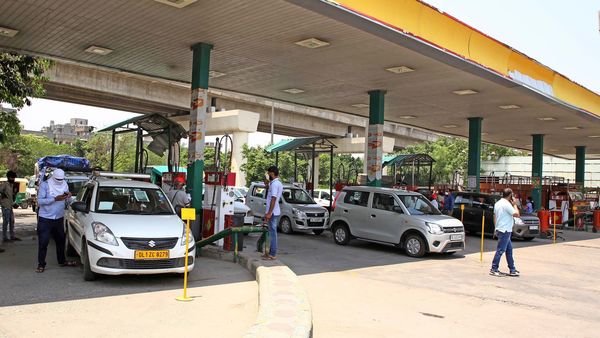 Vehicle line up for CNG filling in New Delhi.

Natural gas sourced from state-owned oil companies, like ONGC and Oil India Limited, are converted into CNG that are used to fuel vehicles. CNG-powered cars are widely used in northern India, especially around Delhi-NCR.

According to reports, the hike in natural gas price could spike the CNG prices by up to 10-11 per cent. Currently, CNG costs a bit more than ₹44 per kg in Delhi. The hike could take it closer to ₹50 per kg.  The hike in rates will get reflected in prices that become effective from April next year.

CNG vehicles have grown in popularity over the years. It has recorded the best financial year that ended in March, which saw CNG vehicles grow by nearly 50 per cent with 171,288 units sold. Even the market share of CNG cars has gone up by two per cent in the same period.

The major carmakers in India, including Maruti Suzuki and Hyundai Motor, have embraced the CNG technology and offer several models which run on this fuel sourced from natural gas.

One of the key reasons why CNG cars are increasingly becoming popular is the shooting price of conventional fuel like petrol and diesel. The frequent hike in petrol, diesel prices have made a lot of people switch to CNG cars to reduce the pinch as it offers more mileage as well as costs much less to keep running.

The CNG refilling infrastructure has improved across India in the last few years, which also played a key role in the sales surge for CNG models. More than 700 CNG refilling stations have been added to the network in the last year, recording more than 50% growth. Currently, there are more than 2,800 CNG refuelling stations across India, which is likely to grow more than 10,000 over the next 7-8 years, as per the government strategy.

CNG cars also has the benefit of keeping the environment clean. These cars do not fall under the scrappage policy which has capped the life cycle of petrol and diesel cars. This also gives an opportunity for a customer to own a CNG car for a longer period of time.