The company known for its electric vehicles and batteries will supply the first batches to drivers of buses, taxis, and ride-hailing cars, as well as volunteers and staff at airports and airlines.
By : Bloomberg
| Updated on: 10 Feb 2020, 03:15 PM 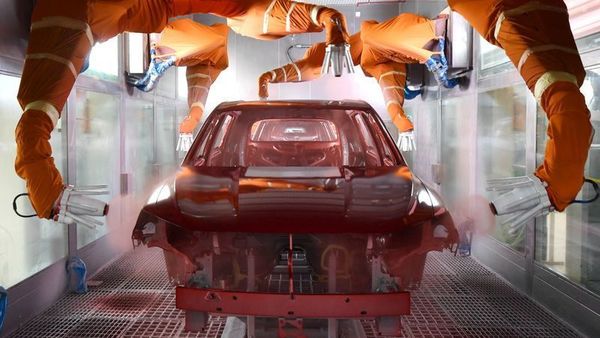 A shortage of face masks has prompted Chinese companies from car manufacturers to energy providers to start making their own to help fight the coronavirus.

Auto companies including BYD Co. have reconfigured production lines to churn out masks that can help block particles and germs, with petroleum giant Sinopec and iPhone assembler Foxconn joining the fray. Some are also dabbling in disinfectant and goggles.

While China is the world’s biggest manufacturer, its current production capacity of almost 15 million masks a day isn’t enough in the current crisis. The quick switch from one product to another underscores China’s strength as a manufacturing powerhouse and highlights the urgency with which companies are trying to stop the deadly virus from paralyzing operations.

China has declared a “people’s war" against the most serious virus outbreak in decades that’s led to more than 900 fatalities. At stake is also the country’s economy, as companies struggle to resume production after a national Lunar New Year’s holiday that was extended to help contain the virus. Without proper safety measures such as masks, companies risk the outbreak spreading among employees.

While China made more than 5 billion face masks on the mainland last year -- about half the world’s output -- there’s still a shortage as the number of infections soars. Local governments including the municipal authority of Beijing have banned civil servants from wearing the N95-type masks urgently needed in hospitals.

SAIC-GM-Wuling, a General Motors Co. venture in China, said it built up 14 production lines with a daily capacity of 1.7 million masks and put out its first batch on Sunday. Warren Buffett-backed BYD said it’ll start mass-producing masks before Feb. 17 with capacity rising to 5 million -- and 50,000 bottles of disinfectant liquid -- a day by the end of the month.

The company known for its electric vehicles and batteries will supply the first batches to drivers of buses, taxis, and ride-hailing cars, as well as volunteers and staff at airports and airlines. It will also provide products to its own workers, a company official said.

Foxconn began making masks on Feb. 5 for its 1 million employees, saying daily production is expected to reach 2 million pieces by the end of the month. Truckmaker Shaanxi Automobile Group Co. started making goggles on Sunday and is capable of producing more than 3,000 a day, according to local media reports.

Sinopec, or China Petroleum & Chemical Corp., said on Friday it has obtained mask-making equipment and was setting up 11 production lines. Guangzhou Automobile Group Co., which makes cars with Toyota Motor Corp. and Honda Motor Co., said it is looking into manufacturing masks as well as equipment for mask production.