Last month, the company and General Motors signed an agreement to acquire the latter's Talegaon factory.
By : IANS
| Updated on: 10 Feb 2020, 09:23 AM 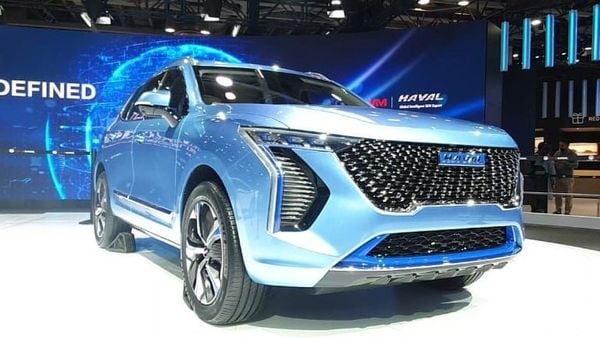 Concept H﻿: It is a concept car presented by Chinese brand Great Wall Motors (GWM) at Auto Expo 2020 under its sub-brand Haval. A plug-in hybrid, Concept H showcases the capabilities of Haval and Great Wall Motors. It is targeted towards the millennial audience.

China's largest SUV manufacturer Great Wall Motors is gung-ho on its India prospects, where it will invest an estimated $1 billion in a phased manner for manufacturing of not just cars but also lithium-ion batteries in the future.

Accordingly, the company plans to take over General Motor's Talegaon plant and refurbish it as per requirements to manufacture large vehicles such as SUVs.

The company plans to manufacture EVs too at this plant. It also plans to invest in battery manufacturing in India, along with further investments in Research and Development.

"We plan to launch our SUVs at the earliest in 2021. We will get the Talegaon plant in the second half of 2020. The plant would require some changes as only small cars are being produced there presently," Kaushik Ganguly, Director, Strategy and Planning at the Indian Subsidiary of Great Wall Motors told IANS.

"We are already manufacturing most of the critical and high precision components in China, including EV batteries and e-Drivetrains. This can be produced in India too, depending on the market situation."

Last month, the company and General Motors signed an agreement to acquire the latter's Talegaon factory.

The development assumes significance since Great Wall Motors will only be the second Chinese major to enter India after SAIC-promoted MG Motor.

In India, the company plans to launch its Haval range of SUVs and Great Wall EV brands.

"Our plan is to invest around a $1 billion in a phased manner to have local manufacturing capabilities," Ganguly said.

As per plans, the company will invest an estimated $1 billion in India in a phased manner. It also plans to provide an estimated 3,000 direct employment.

Furthermore, Ganguly said that this is an opportune time for the company to enter India, since SUVs are the fastest growing segment in passenger cars. Also, the Indian consumers are now more ready to accept Premium SUV offerings.

Lately, the sector has been battered by declining sales mainly on account of liquidity constraints among NBFCs and banks.

At present, GWM has more than 70 holding subsidiaries worldwide and employs nearly 70,000 people.

Currently, it has 10 global R&D centers in 7 countries, including China, India, the United States, Germany, Japan, South Korea, and Austria.